The money moves retirees wish they hadn’t made.

In a previous column, I detailed retirees’ biggest lifestyle regrets, such as not traveling more before their health gave out and not communicating clearly with a partner about what they hoped retirement would be like.

Now we’ll cover the money moves retirees wish they hadn’t made. The big ones, of course, are starting to save too late and not saving enough, but there are other common regrets, according to certified financial planners from the Financial Planning Association and the Alliance of Comprehensive Planners.

About 1 out of 3 Social Security recipients apply for benefits at the earliest age, which is 62. It’s often a mistake. Benefits grow by a guaranteed 5% to 8% each year that the applicant delays. Starting early also can stunt the survivor benefit that one spouse will have to live on when the other dies.

Some people talk themselves into starting early with the promise that they’ll save or invest their benefits, says CFP Delia Fernandez of Los Alamitos, California.

“But of course they can’t earn on it what Social Security will pay them if they only wait,” Fernandez says. “They look back and say, ‘I should have waited, I would have had so much more Social Security coming in right now.’”

Making deductible contributions to 401(k)s, IRAs and other retirement plans can reduce your tax bill while you’re working, which is great. But eventually that money has to come out of the accounts, thanks to required minimum distribution rules, and it’s taxed as income.

Diligent savers can find themselves pushed into higher tax brackets by these mandatory withdrawals, planners say. The disbursements also can cause more of their Social Security benefits to be taxed and raise their Medicare premiums.

Speaking of Medicare, people are often surprised how much health care coverage costs in retirement, planners say. Those with generous employer-provided coverage can find themselves paying significantly more out of pocket than when they were working.

Medicare has deductibles, co-pays and expenses that aren’t typically covered, such as eye care, dental care and hearing aids. But Medicare itself also has premiums, and those can rise with income, thanks to the income-related monthly adjustment amount — known as IRMAA.

As scary as the stock market can be, some exposure to equities is essential for most retirees, financial planners say. Stocks are the only investment class that consistently outpaces inflation.

In some cases, a retiree may be able to take more risk with their investments than when they were younger, says CFP Marc B. Schindler of Bellaire, Texas. For example, if all a retiree’s fixed expenses are covered by guaranteed income — from Social Security and pensions, for example — she may be in a good position to take more risk with her portfolio and potentially reap the rewards of higher returns.

CFP Matt Wilson of Overland Park, Kansas, recently counseled a couple who had a financial advisor, but no financial plan. What the couple did have was a lot of anxiety about their investments and whether their money would last.

“The level of stress and anxiety was reduced significantly after our meetings because they now had a plan,” Wilson says. 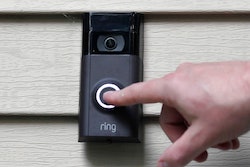 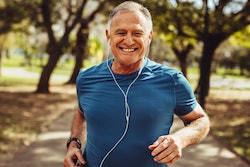 How to Have a 'No Regrets' Retirement 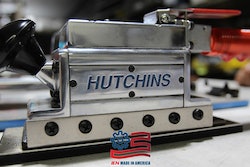