ZD Wines uses more than 30 Meltric switch-rated plugs and receptacles across its facility, and like a fine wine that ages well, they have provided consistent and reliable service for many years.

Bill Fortman
Washing down equipment is a frequent activity at ZD Wines. Meltric DECONTACTOR plugs and receptacles are automatically Type 4X watertight whenever they are mated together.
Meltric

When aerospace engineers Norman deLeuze and Gino Zepponi decided to open ZD Wines back in 1969, their goal was to produce a world class Chardonnay and Pinot Noir reminiscent of France’s renowned Burgundy wines.

Forty-six years later, internationally acclaimed ZD Wines, based in Napa Valley’s Rutherford District on the scenic Silverado Trail, has more than achieved Norman and Gino’s goal. ZD Wines has a thriving business that currently produces about 30,000 cases of wine annually.

Asked what has attributed to ZD Wines' success and vitality over all these decades, Brandon deLeuze, Associate Winemaker and Partner of ZD Wines, said, “Our founders believed quality, consistency and style were the recipe for a great wine. They took what they learned as rocket engineers and transferred it to the fine art of wine-making.”

When Norman and Gino planned the construction and operation of the ZD Wines facility many years ago, they installed the same quality control program, called “Zero Defects,” which was used at AeroJet-General, the rocket propulsion manufacturer in Sacramento, CA, where they worked at the time.

One of the decisions they had to make was the manner by which the facility’s pumps, bottling machinery and harvest equipment would be connected to the 220V 3-phase electrical outlets. They chose Meltric DECONTACTOR Series switch-rated plugs and receptacles because they offered a watertight plug ideally suited for the wet environment of a winery that featured quick pushbutton disconnection, which was both easy and safe to use so anyone on staff could connect or disconnect electrical equipment safely.“

ZD Wines chose Meltric plugs over twenty years ago,” said deLeuze, “for their quick disconnect capability which made for safe, quick and easy maintenance.”

The quality engineered into the Meltric’s DECONTACTOR Series switch-rated plugs and receptacles is based on a clever design that combines the safety and functionality of a disconnect switch with the convenience of a plug and receptacle.

Meltric plugs are designed to allow users to safely make and break connections under full load and provide significant protection in overload and short circuit conditions.

To obtain a consistent electrical connection, spring-loaded, silver-nickel, butt-style contacts similar to those used on motor contactors and switchgear are used.

The solid silver-nickel contact surfaces add the beneficial physical properties of nickel to the excellent electrical characteristics of silver, which provide significant advantages over the brass materials used on most other types of plugs and receptacles.

In addition, all Meltric plugs have provisions to allow users to perform a safety lock-out by simply inserting a lock through an existing hole in the device. The user only needs to provide the lock – no additional mechanisms are required. “Since OSHA safety standards are a top priority for us, we really like the easy lock-out feature of Meltric plugs,” said deLeuze.

ZD Wines currently uses over 30 Meltric switch-rated plugs and receptacles across its facility, and like a fine wine that ages well, they have provided consistent and reliable service for many years. “After over 20 years of use, the Meltric plug has proven itself in the ZD cellar,” said deLeuze. “Meltric plugs are tough, safe and maintenance free." 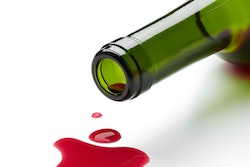 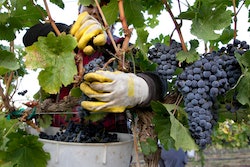