They can be deployed alone to safeguard a single machine access point or in a cascade series to simplify the safeguarding of multiple access points. 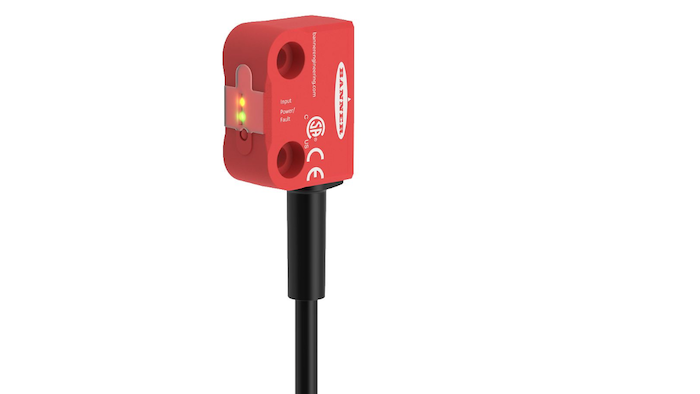 SI-RF Series safety switches utilize RFID technology to monitor mechanical guards separating personnel from a hazard. They can be deployed alone to safeguard a single machine access point or in a cascade series to simplify the safeguarding of multiple access points. Cascade models can be connected in a series of up to 32 switches using a standard 4-wire cable, T-adaptors, an end plug and just two terminals on a safety controller.

Used alone or in a series, SI-RF Series safety switches achieve Category 4, PL e, or SIL CL 3 safety ratings. Each switch consists of an RFID safety sensor that detects the presence, absence or movement of an RFID coded actuator installed on a guard. Outputs on each sensor in a cascade series are continuously monitored to detect any faults, eliminating the possibility of fault masking at any point in the system and ensuring operation at the highest levels of safety.