Unison started in business by developing control systems for metalworking machinery – supplying a number of prominent UK machine manufacturers in the 1970s and 1980s.

In 1991 the company moved into machinery design, focusing on machines for tube bending. At that time, tube bending machines were powered hydraulically. In the early 1990s Unison invented a range of machines employing electrical servo-motors for controlling bending motion.

These were the world’s first 'all-electric' tube benders. The performance of Unison's new machine design – with its fast and repeatable software-controlled set-up, right-first-time action, low power consumption, and quiet and clean operation – was an instant success.

The company has progressively led the tube bending machinery industry by increasing the tubing diameters that can be formed using all-electric motion and is now one of the world’s leading manufacturers of tube bending machines and associated software. In 2014, Unison took another quantum leap in tube bending machine performance by developing a servomotor-powered machine architecture that is capable of bending thick-walled piping with diameters of 10 inches and more. 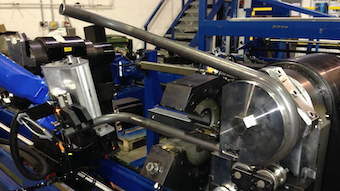 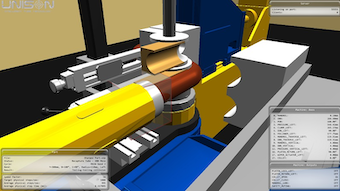