The company's marketing director made the inflammatory remarks during a lecture at a Tokyo university. 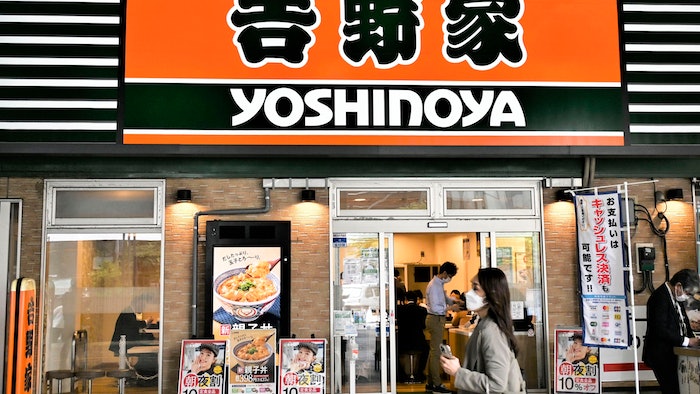 TOKYO (AP) — A popular Japanese beef bowl chain, Yoshinoya Holdings Co., has fired an executive over sexist remarks he made about a marketing strategy aiming to get young women “hooked” on its products as though turning “virgins into drug addicts.”

Masaaki Ito, a managing director at Yoshinoya, known for its “gyudon” beef-over-rice dish, made the inflammatory remarks at a marketing lecture at Tokyo’s Waseda University on Saturday.

Gender disparity runs deep in Japan, where only a small percentage of women hold decision-making positions in business, academia and politics.

The comments made by a rising marketing strategist that only surfaced at a seminar outside the company suggest how gender bias and other discrimination are still widespread and tolerated in the Japanese corporate world.

The revelation of the Yoshinoya case came only days after the Nikkei business daily came under fire for publishing a full-page advertisement for a comic book featuring a high school girl in a mini-skirt uniform with bulging breasts, prompting complaints from UN Women that it was “unacceptable” and violated guidelines against stereotypes.

Ito was asking participants in the lecture to devise a marketing strategy that would “get country girls hooked on (Yoshinoya) like drug addicts while they are still naive virgins,” according to a participant who complained about the remark on social media. Ito continued, saying “they won’t eat (gyudon) once they start getting treated to expensive meals by men.”

The participant who posted the message expressed disappointment and anger over the content of the lecture, which was part of an expensive course at a prestigious university.

Ito’s comments quickly sparked outrage on Twitter and other social media, where people said the remarks insulted women as well as people from the countryside, prompting the company to apologize and dismiss Ito.

Yoshinoya, in a statement Monday, apologized for “causing trouble and unpleasant feelings.” It said “the choice of words and expression used during the lecture were extremely inappropriate and could not be tolerated.”

On Tuesday, Yoshinoya said its board had decided to fire Ito as of Monday, adding that the company will organize a compliance session for executives.