Congress is set to force America’s armed services to keep better track of their guns and explosives. 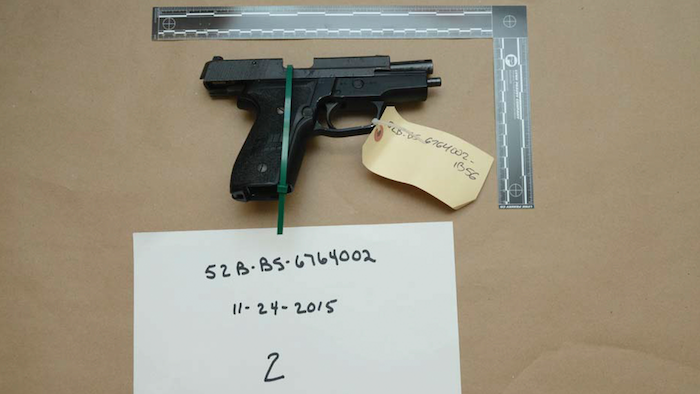 Congress is set to force America’s armed services to keep better track of their guns and explosives, imposing new rules in response to an Associated Press investigation that showed firearms stolen from U.S. bases have resurfaced in violent crimes.

Under the proposals, the Department of Defense would tell both lawmakers and civilian law enforcement authorities more about guns that vanish from military armories, shipments and warehouses.

Overall, AP has found that at least 2,000 firearms from the Army, Marines, Navy or Air Force were lost or stolen during the 2010s.

Even as guns kept disappearing, the Department of Defense in recent years stopped advising Congress of most losses or thefts. That was one finding of an investigation which showed how assault rifles, pistols, armor-piercing grenades and other weapons have made their way onto the nation’s streets.

Lawmakers in both the House and Senate responded by writing stricter accountability into each chamber’s version of the National Defense Authorization Act. That bipartisan, must-pass legislation sets policy priorities for the Pentagon.

In coming weeks, lawmakers will hammer out differences between the two defense authorization act versions as the legislation marches toward the president’s desk. For example, the Senate envisions more reporting to the FBI while the House focuses on the Bureau of Alcohol, Tobacco, Firearms and Explosives.

In interviews, military officials have acknowledged numerous problems with how they keep track of weapons through the military’s vast supply chains.

The chairman of the Joint Chiefs of Staff, Gen. Mark Milley, told senators in June that he would seek a “systematic fix” within the Department of Defense -- regardless of what Congress did. Spokespeople for the Army and Marines have said their service branches are making changes to how they account for weapons.

Those internal efforts have not persuaded some lawmakers.

“We are concerned that DOD has seemingly not yet developed a coherent strategy to improve its ability to account for military weapons and equipment,” Democratic leaders on the House Committee on Oversight and Reform wrote Defense Secretary Lloyd Austin and the leaders of the service branches in a letter dated Monday.

The lawmakers requested a progress briefing by Nov. 19. Spokespeople for the Army, Marines, Navy and Air Force said the branches would respond directly to the committee.

The letter also focused on a technology that some units of the Air Force and Army have used to track guns, but that could let even low-tech enemies detect U.S. troops.

When embedded in military guns, thin radio frequency identification tags — RFID, as the technology is known — can streamline weapon counts and distribution. But field testing for AP showed that, outside armories, the electronic signals the tags emit could become an unwanted tracking beacon from distances greater than some armed services seemed to realize.

The Office of the Secretary of Defense called the tracking potential for enemies a significant security problem, and under questioning the Navy told AP it would abandon the technology in weapons. Still, RFID tags are used in many aspects of military logistics and lawmakers on the committee asked the Pentagon to detail how widely the technology is deployed and to explain the security risks those uses bring.