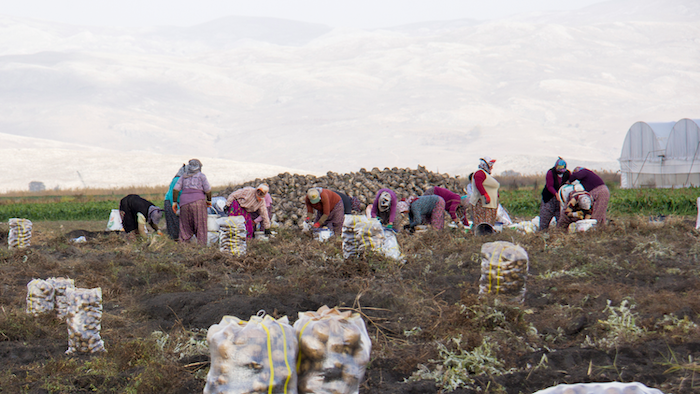 A federal grand jury in the Middle District of Florida has returned a six-count indictment against three defendants for their alleged roles in a federal racketeering conspiracy that victimized Mexican H-2A workers who, between 2015 and 2017, had worked in the United States harvesting fruits, vegetables and other agricultural products.

The indictment alleges that from 2015 through 2017, the defendants participated in running a labor contracting company for H-2A agricultural workers called Los Villatoros Harvesting (LVH), which functioned as a criminal enterprise. LVH subjected multiple Mexican H-2A agricultural workers employed in Florida, Kentucky, Indiana, Georgia and North Carolina to forced labor. LVH also harbored H-2A workers in the United States after their visas had expired for financial gain and committed visa fraud and fraud in foreign labor contracting.

The indictment charges Bladimir Moreno, a permanent resident of the United States and citizen of Mexico who owned and managed LVH, and Christina Gamez, a citizen of the United States who worked for LVH as a bookkeeper, manager and supervisor, with conspiracy under the Racketeer Influenced and Corrupt Organizations (RICO) Act, conspiracy to commit forced labor, forced labor, and conspiracy to obstruct proceedings before departments, agencies and committees. Guadalupe Mendes Mendoza, a citizen of Mexico who worked as a manager and supervisor for LVH, was charged with conspiracy to obstruct proceedings before agencies.

The indictment alleges that the defendants charged with committing the RICO conspiracy operated LVH as a criminal scheme. They obtained hundreds of hours of physically demanding agricultural labor from the victimized H-2A workers through coercive means, such as imposing debts on workers; confiscating the workers’ passports; subjecting workers to crowded, unsanitary and degrading living conditions, as well as to yelling and verbal abuse; threatening workers with arrest, jailtime and deportation; isolating workers and limiting their ability to interact with anyone other than LVH employees; and suggesting to workers that if they failed to comply with the defendants’ demands, they or their family members could be physically harmed.

This case was investigated by the Palm Beach County Human Trafficking Task Force (to include the FBI, Homeland Security Investigations and the Palm Beach County Sheriff's Office), with assistance from the U.S. Department of Labor - Office of the Inspector General, and the U.S. Department of State - Diplomatic Security Service. It will be prosecuted by Assistant U.S. Attorney Frank Murray and Trial Attorneys Avner Shapiro and Maryam Zhuravitsky of the Civil Rights Division.