The company expects to employ between 200 and 500 workers in producing as many as 20,000 of their three-wheeled electric vehicles annually. 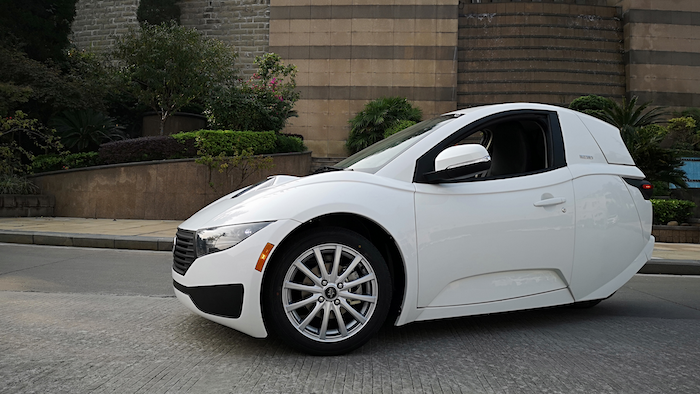 A press release photo of the SOLO from the Canadian firm ElectraMeccanica.
https://electrameccanica.com/press/

MESA, Ariz. (AP) — A Canadian electric car company has announced plans to build a factory in Arizona that could bring as many as 500 jobs, company officials said. ElectraMeccanica Vehicles Corp. announced Tuesday that it has selected Mesa after searching for a location for its U.S. assembly facility and engineering technical center.

The center is expected to feature an assembly plant with an engineering technical center, including multiple laboratories to research and test chassis, battery packs and other components. Once fully built, the company expects to employ between 200 and 500 workers and produce up to 20,000 SOLOs yearly.

ElectraMeccanica plans to launch the SOLO in North America this year. The SOLO is a single-occupant three-wheeled electric vehicle that will retail for $18,500. It has a range of 100 miles, can reach a top speed of 80 mph, and can charge on conventional electrical outlets.

The company hopes the vehicle will appeal to people who commute and run errands alone, along with various delivery services and utility companies that operate single-occupant vehicles, officials said. CEO Paul Rivera said the company chose Arizona based on the "best overall comprehensive proposal — land, building, workforce and incentives," coupled with proximity to the company's prime target market in the West. The other finalist location was in Tennessee.

"Arizona has fast become the electric vehicle center of America thanks to our robust and growing workforce, vibrant innovation ecosystem and ideal business environment," Republican Gov. Doug Ducey said in a statement. Rivera said the company plans to complete the facility next year and begin hiring in the coming weeks.

Electric Vehicle Costs 'Beyond the Limits' of Automakers

Stellantis: EV Costs 'Beyond the Limits' for Automakers