German authorities raided an import-export company and the home of a businessman over a scheme to launder millions for Russian criminals. 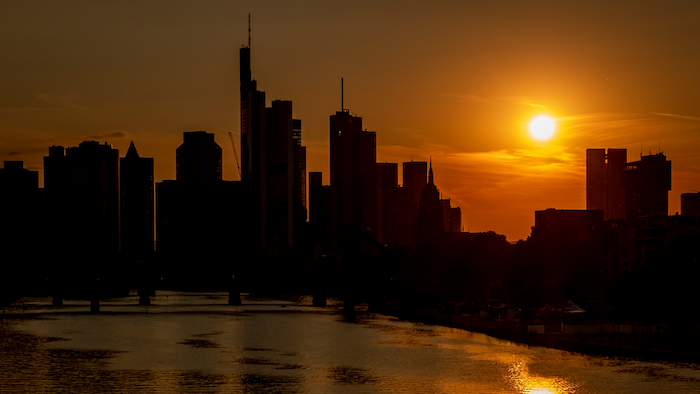 BERLIN (AP) — German authorities raided an import-export company and the home of a businessman in the state of Brandenburg on Tuesday on suspicion he was involved in a scheme to launder millions of euros (dollars) for Russian criminals, prosecutors said.

The suspect is accused of receiving some 7 million euros ($8.3 million) in illegally obtained money, laundering it in Germany and then transferring it to offshore accounts for “individuals from Russia,” the Frankfurt prosecutors office said.

The suspect, whose name wasn't released, is alleged to have been part of the so-called “Troika Laundromat” - a money laundering network linked to the former Russian investment bank Troika Dialog, which is said to have maintained a network of offshore companies with accounts in Baltic banks, prosecutors said in a press release.

Federal German police have been investigating the network since the beginning of 2019, prosecutors said.

Authorities gave no further details on the investigation or the suspect, and prosecutors' spokeswoman Nadja Niesen said she could not comment beyond the release.

German authorities have been cracking down on Russian money laundering schemes, and last year seized properties worth more than 40 million euros ($47 million) they alleged were purchased through another network, known as the Russian Laundromat.

That scheme, they said at the time, involved moving some $22 billion from Russia into Europe through banks in Moldova and Latvia using fictitious companies.

Much of what is publicly known of the laundromat operations comes from the Organized Crime and Corruption Reporting Project, whose journalists were also involved in the Panama Papers revelations, reporting how documents from a Panamanian law firm showed hundreds of rich and powerful people registered companies in tax havens.

The OCCRP, citing documents obtained by it and the Lithuanian news site 15min.lt, has reported that the main purpose of the Troika Laundromat was to channel billions of dollars out of Russia, allowing Russian oligarchs and politicians to secretly acquire shares in state-owned companies, buy property in Russia and abroad and more.

The Troika was made up of at least 75 companies in a complex financial web, which functioned from 2006 to early 2013, the OCCRP reported last year.

The Kremlin has dismissed the OCCRP reports as being untrue or distorted, and “nothing particularly novel.”

Also on the podcast, Canoo is running out of money, Stratolaunch tests world's largest plane, VW is adding 1,000 jobs, Tesla might buy a mining company and AGCO attack shuts down operations.
May 16th, 2022