He obtained $3.9 million as part of the Paycheck Protection Program.

A Miami man has been charged with three felonies after obtaining a Paycheck Protection Program loan worth $3.9 million.

According to the New York Times, David T. Hines is accused of using the money, in part, to buy a $318,000 Lamborghini Huracan.

The Department of Justice says Hines applied for the loans on behalf of several companies and made false statements about their payroll expenses.

Instead of the $4 million in monthly expenses he alleged, Hines was actually spending $200,000.

The PPP loan was intended to keep workers employed, but Hines reportedly failed to make the payroll payments he was responsible for.

Instead he purchased the car, as well as jewelry and other luxury goods, according to the DOJ complaint.

And while it’s true that Hines is a business owner, two of them are reportedly F-rated on the Better Business Bureau website.

The DOJ has seized the Lamborghini, along with more than $3 million in cash from Hines’ bank accounts. 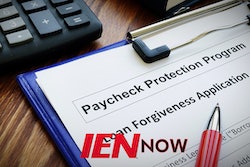 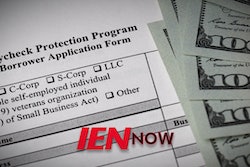