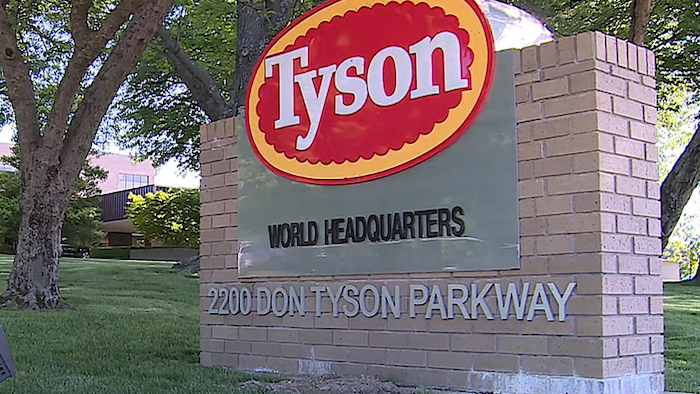 Tyson expects full-year earnings in the range of $5.75 to $6.10 per share. Tyson shares have increased 14 percent since the beginning of the year, while the Standard & Poor's 500 index has risen nine percent. The stock has declined 18 percent in the last 12 months.