How new materials innovative approaches will fuel the future. 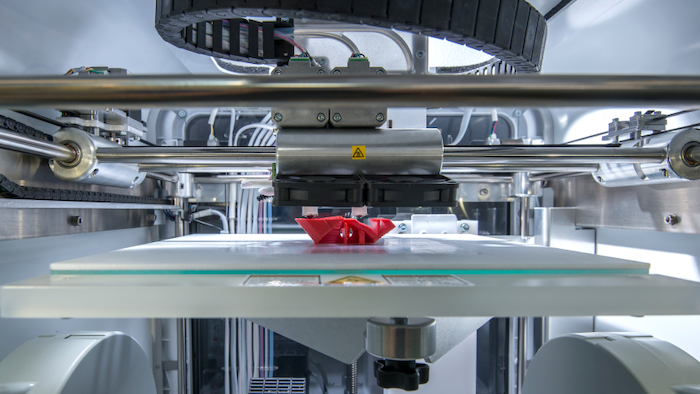 Additive manufacturing offers the potential to accelerate the pace of electronics manufacturing by creating a number of unique opportunities, such as the ability to combine multiple materials in single print jobs. The technology is also much more accessible than it previously was. Plus, it enables faster prototyping, which could speed the time to market and prevent costly mishaps that disrupt the production process.  Here’s a look at some of the many benefits additive manufacturing brings to the electronics sector.

The project involved using additive manufacturing to make an antenna bound for the International Space Station. The goal is to see if the component can tolerate the harsh conditions of low-earth orbit. During a six-month project, the team will send signals from the antenna to ground stations located at an Embry-Riddle facility. They’ll also use sensors to gather information about the antenna’s performance over time.

Dr. Eduardo Rojas-Nastrucci, director of the Wireless Devices and Electromagnetics (WiDE) Laboratory in Embry-Riddle’s MicaPlex facility, is working on the project. “If we want to explore the moon, Mars and beyond, we will need to be able to fabricate devices in space,” he clarified before giving an example.

“Let’s say there is a meteoroid impact on a spacecraft, and there is no practical way to get a new instrument there quickly to fix the damage. With 3D printing, we can have a system on the spacecraft to make devices on an ad hoc basis. So, if one radio was broken, you could have the raw materials on hand and a 3D printer, and you could make a replacement.”

Google’s Advanced Technology and Projects (ATAP) division wants to shift people’s perspectives about what electronics can do and how they look. ATAP’s Jacquard project seeks to embed sensors into everyday products for convenience reasons. The initiative’s website states, “Jacquard takes ordinary, familiar objects and enhances them with new digital abilities and experiences while remaining true to their original purpose — like being your favorite jacket, backpack or a pair of shoes that you love to wear.”

This might mean a person could swipe a finger across their sleeve to skip a track while listening to something on their smartphone. They could also see a brief flash of light on their sleeve to remind them that they left that gadget on the table at a coffee shop.

Google’s team selected a Stratasys 3D printer to accelerate the prototyping process. For example, the machine had a matching system that enabled selecting the desired sensor textures, such as leather or wood. Electronics designers are well-accustomed to choosing the best internal and external materials for their products. For example, fish paper is a popular electrical insulation due to its durability and suitability for forming and punching.

The prototype timeframe also was dramatically shortened from three weeks to one day. Since Google’s team wanted the electronic sensors to blend in with the materials around them, it became crucial to figure out plenty of options.

If members of the world’s defense forces get in situations where crucial parts break, and it will take weeks or longer to replace them, it could cause national security risks. Thus, it’s no surprise that some military branches are getting more interested in additive manufacturing. It could offer them a more efficient way to replace components as necessary.

Another use case concerns the U.S. Department of Defense, which recently awarded a $1.6 million contract to have a company build a 3D printer inside a shipping container. It will use binder jet printing, and the people developing these compact options aim for military personnel to use them in the field with limited training.

People in the military often engage in mission-critical tasks in remote areas. These characteristics make it clear why this method of electronics manufacturing could become such a game-changer for the sector.

However, a recent achievement by researchers at MIT may accelerate the pace even more. The so-called breadboards that people use for making electronics have remained in a flat shape for decades. That kind of design works well for some projects, but not necessarily those where people need to test curved options, such as for electronics used in wearable gadgets.

MIT’s researchers created alternatives, aptly called CurveBoards, with a 3D printer. They rely on specialized software to design each one, which allows automatically making them with distributed pinholes to later fill with conductive silicone for testing.

The team’s research saw them building several versions of the CurveBoards, including ones for helmets, a wearable e-reader and a teapot. One of the project’s participants said that the idea was to blend form and function early in the prototyping process. If that happens, electronics designers could develop successful prototypes using a more practical method than the one based on current breadboards.

Additive manufacturing itself offers production methods that are typically much faster than traditional ones. However, some researchers want to push the speed boundaries even more. One of them is Xiaoyu “Rayne” Zheng, an assistant professor of civil and environmental engineering and mechanical and aerospace engineering at UCLA. He recently won a national award and grant that will further his research in ways to develop rapid 3D-printing processes.

His work centers on putting multiple materials, such as plastics and ceramics, into complex microstructures capable of numerous functions. The research funding will help iron out the specifics of this new manufacturing process, potentially determining its feasibility for wider adoption. Robotics is a particular area of interest for this technology. However, other sectors, ranging from health care to automotive, could also benefit from learning how to implement it.

These fascinating examples show it’s not a far-fetched idea to use additive manufacturing to create electronics in faster, less expensive ways than current methods allow. It’s impossible to know for sure what the future might hold for additional advancements. Since progress is ongoing, manufacturing professionals should expect to see many other benefits moving forward.

The recall has already cost the company $1.8 billion.
Sep 10th, 2021
Follow Us
Most Recent