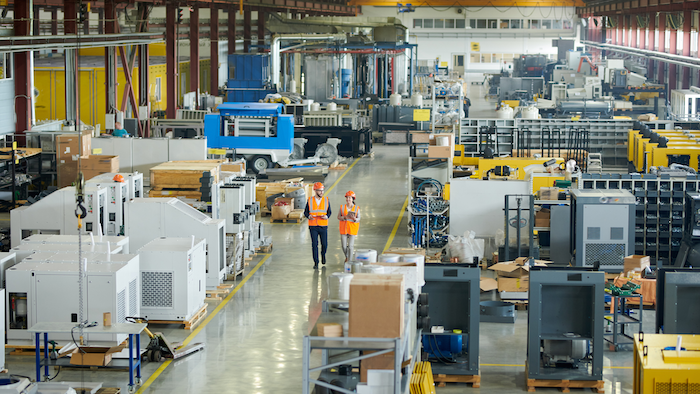 For more than a decade, many Fortune 500 companies have been installing permanent electrical safety devices (PESDs) into electrical panels as a safety-by-design practice for both their mechanical and electrical lockout/tagout (LOTO) procedures. The voltage indicator (see Figure 1) lies at the center of these PESDs. It can illuminate when voltage (20-750VAC/30-100VDC) is present on any phase or neutral conductor, without the need for a battery or separate power supply.

These UL-listed, Cat. III/IV rated voltage indicators have been applied to every type of power system, sized to install into any isolator, and designed to survive most harsh environments.

This simple device, when written into a facility’s mechanical and electrical LOTO procedures, is designed to reduce risk, increase productivity and allow workers to feel and be safer when performing routine maintenance.

When performing a mechanical LOTO, the U.S. Occupational Safety and Health Administration (OSHA) requires a procedure, called the “try- test,” that verifies all energy sources are in a safe state. However, as controls and machine safety systems became more sophisticated, many technicians began mistrusting the test, believing it was becoming irrelevant and ineffective.

Adding to this, a voltmeter test became impractical after NFPA 70E safety principles essentially deemed that opening electrical panels adds more, not less, risk to a mechanical LOTO procedure. However, voltage indicators provide a way for workers to verify the state of electrical energy. Opening the isolator causes the voltage indicator to change state (illumination to no illumination), which helps determine that the right isolator is open, the isolator has not failed, and the residual risk of electrical energy causing hazardous mechanical motion is negligible.

In addition, the voltage indicator reduces maintenance time. We conducted a survey where 234 respondents indicated workers were more productive and reported saving an average of 13 minutes per LOTO with voltage indicators installed.

Voltage Test Station (VTS) a combination device that includes a voltage indicator and high-impedance protected test points brought an unexpected safety dividend to perform electrical LOTO. This device reduces the likelihood of workers exposure to high voltage and incident energy and further enables the worker to perform the OSHA-required absence-of-voltage test from outside the door.

Over the past decade, voltage indicators amassed a reliability record of 100+ years mean time between failures (MTBF), which essentially makes it statistically improbable for a simultaneous failure of both the voltage indicator and isolator to occur.

The recently published UL 1436 standard is the first attempt to wrap a product certification standard around a permanently installed voltage tester, such as an absence-of-voltage tester (AVT). Several revisions of this standard will be necessary before qualified electricians working on electrical equipment will trust their lives to such a device — safety is personal.

The true test of a product’s worth is what happens after it has been installed in the field. One good learning example is the preponderance of ground fault circuit interrupters (GFCIs), which began in 1971 as a simple electrical safety device for use only around pools. Now, the GFCI outlet is used in more places and has saved more lives than any other electrical safety device ever invented. How did this happen? A stringent, well-written consensus and product standards combined with documented real-life safety results as installations grew year over year.

The UL 943 GFCI product standard has been revised five times since its inception and saw 20 code changes from 1971 to 1999. The same iterative process between consensus standard and real life-saving results was the catalyst that made GFCIs a better device with more safety results year over year. This same process likely will occur with the UL 1436, with the safety efficacy of AVTs ultimately improving each time the standard is revised.

With this in mind, will permanent voltage testing instruments or AVTs ever supersede the practice of test-before-touch by qualified electrical workers? This will not diminish the voltmeter’s importance in LOTO; rather, it becomes a worker’s personal electrical safety tool. Exposure to voltage comes with a high risk of death, which means the voltmeter must remain as a personal safety device during LOTO.

For certain occupations, equipment failure often results in death. In these workplace scenarios, workers personally verify proper equipment operation and suitability before starting their work tasks. Just as pilots don’t fly unless they perform a thorough preflight check, electricians never touch conductors without checking for voltage with their voltmeters. Therefore, voltmeter testing is still a necessary and nonnegotiable safety step before electricians work on conductors.

Philip Allen is the CEO, owner and founder of Grace Engineered Products Inc. in Davenport, Iowa.