On August 10, 2019, a video was posted on Facebook by MyWay Alaska that depicted thousands of dead pink salmon in the Tutka Bay in Alaska.

The original video was shared more than 115,000 times and viewed over 1.2 million times. The caption on the video attributed the kill to climate change and record high temperatures in Alaska in July. Turns out, it was simply a tragic fish harvesting accident at a local hatchery.

According to a statement from the Cook Inlet Aquaculture Association (CIAA), which operates the Tutka Bay Lagoon Hatchery, approximately 700-1,200 pink salmon died and/or suffocated when a net used in a commercial seining operation snagged and ripped open on July 28 -- the same day the video was recorded.

According to the CIAA, the catcher vessel (seiner) was contracted to harvest the fish and take them to a processing facility. The CIAA sells fish to cover operational costs and open up space for fish return to the hatchery.

The Tutka Bay Lagoon Hatchery can incubate up to 125 million pink salmon eggs. About three million adult pink salmon return to the lagoon each year.

In seine fishing, a net hangs in the water with its bottom edge held down by weights and the top edge held up by floats. The net was full of salmon when it ripped open. Many were released, but many died.

In a statement addressing the video, the CIAA said, "Accidents like this do sometimes happen to commercial fishing vessels, and we are sorry for any confusion it has caused." 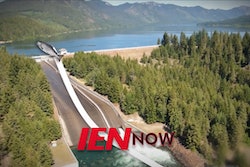 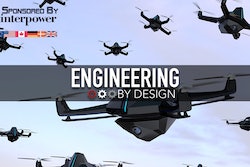