"Sweet Stephany" is the cherry on top. 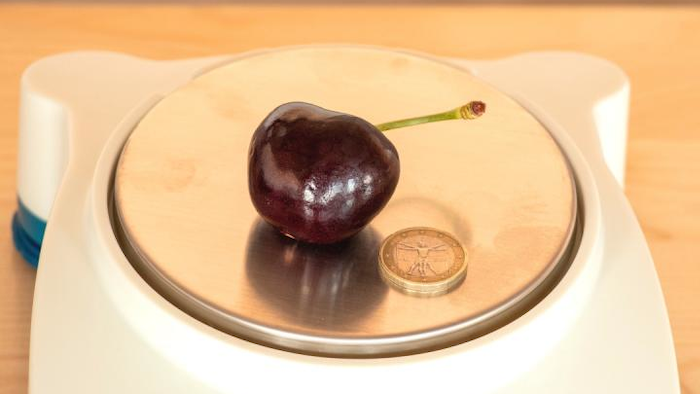 A cherry from the "Sweet" family, cross-bred by the University of Bologna, holds the Guinness World Record for being the world's heaviest cherry.

This "Sweet Stephany" cherry comes from Salvi's experimental cherry garden in Runco di Portomaggiore (Ferrara, Italy), weighs 26.45 grams and is the heaviest cherry in the world, beating the previous record of 23.93 grams.

As soon as it was harvested last June, this cherry stood out because of its large size. A team of experts was immediately called up to start the application process with the Guinness World Records.

The experts had to do this in a very short time because of the low durability of cherries.

Using certified weights, Soc. Coop. Bilanciai Campogagliano tested the weight scale so that the experts could carry out the official measurements of size and weight in no time.

Under the vigilant eye of a notary public, all the tests complying with the official procedures and parameters were diligently carried out.

Now, it is finally official: the Sweet Stephany cherry of Salvi Vivai and the University of Bologna is the world's heaviest cherry according to the Guinness World Records.

"We have devoted more than ten years to the research and development of this family of cherries. This great achievement makes us very proud, as it shows the relevance of the work we did", explains Stefano Tartarini, who has recently become the supervisor of the Sweet project and is also a professor at the Department of Agricultural and Food Sciences of the University of Bologna.

The breeding program that developed the Sweet project started thirty years ago at the University of Bologna. The project coordinators, Professor Emeritus Silviero Sansavini and Dr Stefano Lugli, carried out a long process of breeding and selection using traditional methods.

"Here at Salvi Vivai, we are very proud of this. To our eyes, this provides with worldwide recognition a long-standing research and development project that we built with prestigious universities", says Silvia Salvi, CEO of Salvi Vivai. "Experimenting with new varieties is a costly endeavor. Each treatment and its consequences on the final product must be carefully evaluated. Each year, we need to gauge the amount of water and supplements as well as the agronomic treatments to secure a constant improvement. Having bred a record-winning cherry highly rewards our team effort".