Is anyone doing anything about it? Here's what you need to know. 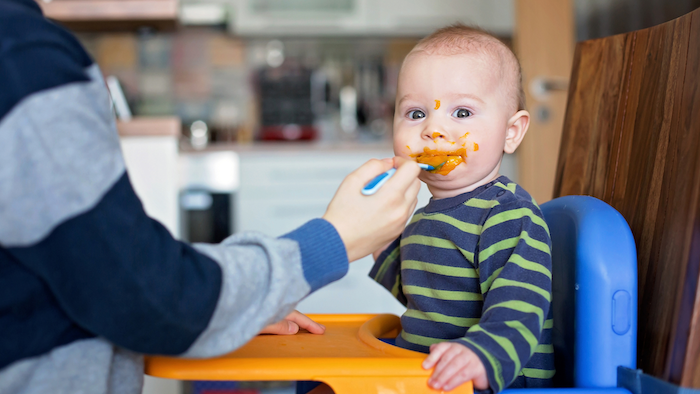 Heavy metals including lead, arsenic and mercury can be found in commercial baby foods at levels well above what the federal government considers safe for children, a new congressional report warns.

Members of Congress asked seven major baby food makers to hand over test results and other internal documents after a 2019 report found that, out of 168 baby food products, 95% contained at least one heavy metal. Foods with rice or root vegetables, like carrots and sweet potatoes, had some of the highest levels, but they weren’t the only ones.

How concerned should parents be and what can they do to reduce their child’s exposure?

As a professor and pharmacist, I have investigated health safety concerns for several years in drugs and dietary supplements, including contamination with heavy metals and the chemical NDMA, a likely carcinogen. Here are answers to four questions parents are asking about the risks in baby food.

How do heavy metals get into baby food?

Heavy metals come from the natural erosion of the Earth’s crust, but humans have dramatically accelerated environmental exposure to heavy metals, as well.

As coal is burned, it releases heavy metals into the air. Lead was commonly found in gasoline, paint, pipes and pottery glazes for decades. A pesticide with both lead and arsenic was widely used on crops and in orchards until it was banned in 1988, and phosphate-containing fertilizers, including organic varieties, still contain small amounts of cadmium, arsenic, mercury and lead.

When food is grown in contaminated soil and irrigated with water containing heavy metals, the food becomes contaminated. Additional heavy metals can be introduced during manufacturing processes.

The United States has made major strides to reduce the use of fossil fuels, filter pollutants and remove lead from many products such as gasoline and paint. This reduced exposure to lead in the air by 98% from 1980 to 2019. Processes can now also remove a proportion of the heavy metals from drinking water. However, the heavy metals that accumulated in the soil over the decades is an ongoing problem, especially in developing countries.

How much heavy metal is too much?

The World Health Organization and the Food and Drug Administration have defined tolerable daily intakes of heavy metals. However, it’s important to recognize that for many heavy metals, including lead and arsenic, there is no daily intake that is completely devoid of long-term health risk.

Young children’s bodies are smaller than adults, and lead can’t be stored as readily in the bone, so the same dose of heavy metals causes much greater blood concentrations in young children where it can do more damage. In addition, young brains are more rapidly developing and are therefore at greater risk of neurological damage.

These lead levels are about one-tenth of the dose needed to achieve a blood lead concentration associated with major neurological problems, including the development of behavioral issues like aggression and attention deficit disorder. That doesn’t mean lower doses are safe, though. Recent research shows that lower blood lead levels still impact neurological function, just not as dramatically.

Like with lead, there is a considerable safety margin between the tolerable dose and the dose that poses high risk of causing neurological harm, anemia, liver and kidney damage and an increased risk of cancer. But even smaller amounts still carry risks.

What can parents do to reduce a child’s exposure?

Since the amount of heavy metals varies so dramatically, food choices can make a difference. Here are a few ways to reduce a young child’s exposure.

1) Minimize the use of rice-based products, including rice cereal, puffed rice and rice-based teething biscuits. Switching from rice-based products to those made with oats, corn, barley or quinoa could reduce the ingestion of arsenic by 84% and total heavy metal content by about 64%, according to the study of 168 baby food products by the group Healthy Babies Bright Futures.

Using frozen banana pieces or a clean washcloth instead of a rice cereal based teething biscuit was found to reduce the total heavy metal exposure by about 91%.

2) Switch from fruit juices to water. Fruit juice is not recommended for small children because it is laden with sugar, but it also is a source of heavy metals. Switching to water could reduce the intake of heavy metals by about 68%, according to the report.

Making your own baby food may not reduce your child’s exposure to heavy metals. It depends on the heavy metal dosage in each of the ingredients that you are using. Organic may not automatically mean the heavy metal content is lower because soil could have been contaminated for generations before its conversion, and neighboring farm water runoff could contaminate common water sources.

Is anyone doing anything about it?

The congressional report calls for the FDA to better define acceptable limits for heavy metals in baby food. It points out that the heavy metal levels found in some baby foods far exceed the maximum levels allowed in bottled water. It also recommends standards for testing in the industry, and suggests requiring baby food makers to report heavy metals amounts on their product labels so parents can make informed choices.

Baby food manufacturers are also discussing the issue. The Baby Food Council was created in 2019 to bring together major infant and toddler food companies and advocacy and research groups with the goal of reducing heavy metals in baby food products. They created a Baby Food Standard and Certification Program to work collaboratively on testing and certification of raw ingredients. Ultimately, baby food makers will need to consider changing farm sources of raw ingredients, using fewer seasonings and altering processing practices.

The U.S. has made important inroads in reducing heavy metals in air and water since the 1980s, dramatically lowering exposure. With additional focus, it can further reduce heavy metal exposure in baby food, too.

This article is republished from The Conversation under a Creative Commons license. Read the original article here: https://theconversation.com/how-safe-is-your-baby-food-company-reports-show-arsenic-lead-and-other-heavy-metals-heres-what-you-need-to-know-155443.