More than 80 employees were confirmed to have the coronavirus. 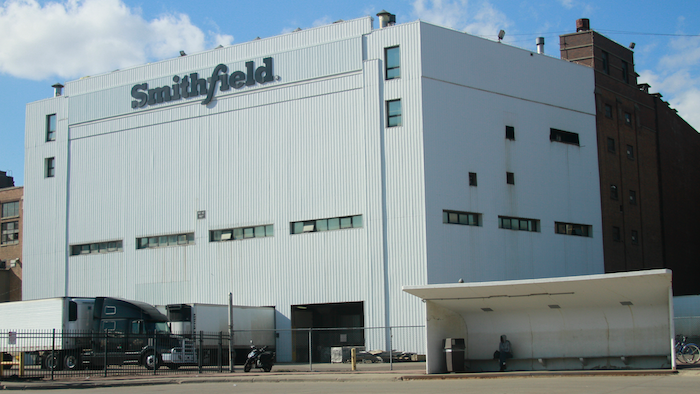 SIOUX FALLS, S.D. (AP) — A Smithfield Foods pork processing plant in South Dakota will temporarily close for cleaning after more than 80 employees were confirmed to have the coronavirus, the company announced Thursday.

Smithfield Foods plans to suspend operations in a large section of the Sioux Falls plant on Saturday, then completely close on Sunday and Monday. The Virginia-based company said it will sanitize the plant and install physical barriers to “enhance social distancing.”

The plant, which employees about 3,700 people in the state’s largest city, has emerged as a hotspot of infections, accounting for almost 30% of cases in Minnehaha County.

Smithfield Foods CEO Kenneth Sullivan said in a statement that the plant dishes out nearly 18 million servings of meat per day.

There has been no evidence that the coronavirus is being transmitted through food or its packaging, according to the Department of Agriculture.

Other meat processing plants have also closed temporarily because of outbreaks of the coronavirus, including a Tyson Foods facility in Columbus Junction, Iowa, where more than two dozen employees tested positive.

Sullivan said Smithfield Foods is taking “the utmost precautions and actions to ensure the health and wellbeing of our employees — with an even increased emphasis on our critical role in the ongoing supply of food to American families.”

The company said it would pay employees who were scheduled to work the days it will be closed.

But employees and their family members expressed their frustration with Smithfield’s actions so far in a socially-distanced protest outside the factory on Thursday night. They piled into dozens of cars decorated with handmade signs and circled the road outside the factory, honking their horns.

Nancy Reynoza, an organizer with ¿Que Pasa Sioux Falls?, a Latino community organization, said they organized the protest after hearing from workers at the plant that they were afraid to speak out about the lack of safety measures in place.

“Inside Smithfield, workers are not feeling safe,” she said. “They’re really fearing for their lives at this moment.”

For most people, the coronavirus causes mild or moderate symptoms, such as fever and cough that clear up in two to three weeks. For some, especially older adults and people with existing health problems, it can cause more severe illness, including pneumonia, and death.

Smithfield did not respond to questions on why it was waiting until Saturday to close the plant.

The United Food and Commercial Workers, which represents workers at the plant, said it had pushed for a partial closure after the first infection was confirmed. The union said it worked with Smithfield to get workers access to testing and paid leave for those who had contact with someone with the coronavirus.

Smithfield Foods spokeswoman Keira Lombardo said the company posted signs telling workers with symptoms to stay home and saying that the would not be penalized for missing work.

But the company also offered a $500 bonus to hourly employs who did not miss work in April, a move that Kooper Caraway, the president of the AFL-CIO, which organizes local unions, said motivated workers to show up sick.

Tyson, Cargill and other major meat processing companies say they are taking a variety of precautions to keep workers safe, including taking the temperature of everyone entering their plants, adding clear plexiglass shields between work stations and erecting tents for more lunchroom space.