Some are operating 24 hours a day. 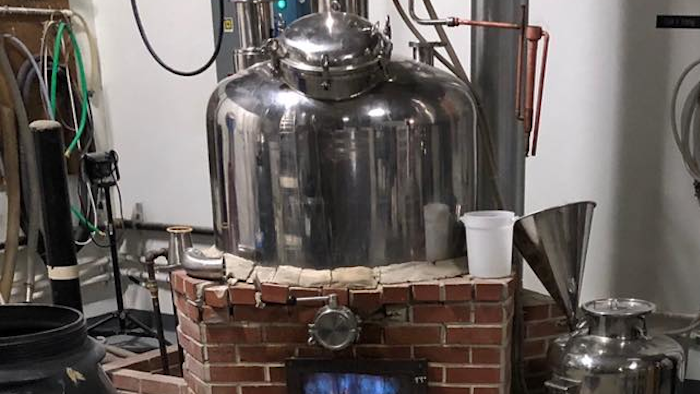 They're combining their key ingredient — ethanol, which kills germs — with aloe vera or other chemicals to make hand sanitizer.

The Centers for Disease Control website reports that alcohol-based solutions of at least 70% alcohol are effective for disinfecting.

Distilleries such as Seven Troughs, Ferino, Verdi Local Distillery, The Depot and Damon Industries are all ramping up production of sanitizer.

Seven Troughs in Sparks is already turning out sanitizer, 175 gallons (662 litres) last week, most of which is going to Renown Hospital, as well as to first responders.

"We've been asked by our community health partners to produce as much ethanol as we can to go into hand sanitizers," Adams told the Reno Gazette-Journal.

Seven Troughs is operating 24 hours a day to produce ethanol for Renown, he said.

Ethanol is combined with glycerol and hydrogen peroxide to make the sanitizer. Adams said the World Health Organization provides the guidelines to make it.

"I never thought in a million years that we would be making something that supplies the health system," Adams said.

As of Saturday, Nevada had 621 coronavirus cases with 10 deaths.

Many of the local distilleries have had to lay off employees, due to the statewide shutdown of all non-essential businesses.

One problem, so far, has been obtaining materials needed to make and distribute sanitizer, such as plastic and glass bottles.

Michael Moberly at Ferino said re-using bottles could be an option, as well as using buckets so that purchasers can use and re-fill their own bottles.

"All the plastic bottles across the country are gone," Moberley said.

Moberley said Ferino is making sanitizer according to WHO standards — pharmacy grade at about 75-80% alcohol, with peroxide and not aloe vera.

He said his phone is ringing off the hook from businesses looking to buy sanitizer, including places such as hospitals and the Nevada Trucking Association.

He said the federal government has loosened restrictions on producing sanitizer and there is no alcohol tax on it.

Jeremy Baumann at Verdi Local Distilling said he bought a large quantity of aloe vera from a massage parlor to use when he ramps up production of sanitizer.

Brandon Wright at The Depot planned to make small bottles available Friday to the public for a suggested donation of $3, but said it would be free to those who can't afford it.

“We're bringing people together for a good cause,” Wright said. He said they also plan to make bulk ethanol for hospitals and organizations that need it.

The Depot is also working with Seven Troughs Distillery to provide bulk ethanol to the Department of Health and Human Services for the same purpose. The Nevada Department of Corrections and Prisons has also requested bulk sanitizer.