China is enduring a severe pork shortage as the country contends with African swine fever. 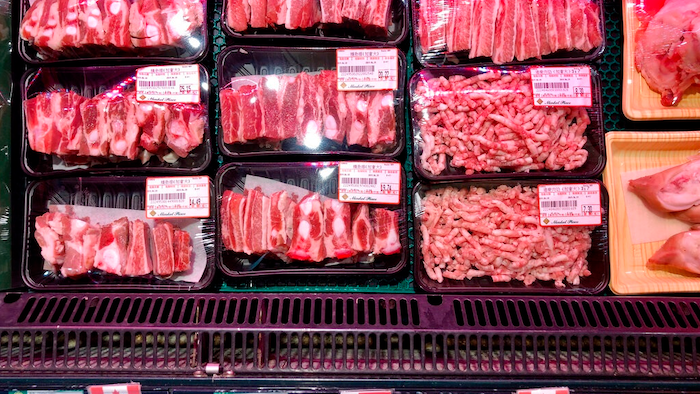 TORONTO (AP) — China will resume imports of pork and beef from Canada, Prime Minister Justin Trudeau announced Tuesday, following a major rift between Ottawa and Beijing and amid a serious pork shortage in China as it combats African swine fever.

The move comes almost five months after Beijing suspended all meat imports from Canada over a dispute over Canada's detention of a top executive at the Chinese tech company Huawei.

Huawei CFO Meng Wanzhou was arrested Dec. 1 in Canada at the request of U.S. authorities, who want to try her on fraud charges. She's the daughter of the company's founder.

China then detained two Canadians, Michael Kovrig and Michal Spavor, and sentenced another to death in an apparent attempt to pressure for her release. Beijing threatened "grave consequences" if Ottawa did not release Meng.

But pork is China's staple meat and its price and availability is considered a matter of national concern. Shortfalls in supply have increased demand for pork from producers in the U.S., with whom China is locked in an increasingly acrimonious tariff battle.

Guy Saint-Jacques, a former Canadian ambassador to China, said he met with people in Canada's pork industry on Monday who reported to him that they received a request last week from a Chinese importer asking how much pork they could supply.

"The Chinese have run down their own reserve. They bought everything they could from Brazil and Europe, but the impact of the flu has been more severe than they would have expected. It's now present in 32 provinces so almost everywhere in China," Saint-Jacques said.

"They have lost up to a 100 million pigs. It will take at least 10 years for them to return to normal."

Saint-Jacques said the price of pork has increased by at least 70 percent and probably more in some parts of China. "The government had to take in account popular pressure and to resume imports of Canadian pork," Saint-Jacques said.

China has often retaliated against foreign governments and corporations in diplomatic disputes.

Relations between Ottawa and Beijing have been at their worst since the Tiananmen Square massacre in 1989. Saint-Jacques called relations "slightly less bad now" after China agreed to Canada's new envoy to Beijing in September.

"The message has been clear. Unless and until Meng is returned to China things won't be back to normal and they still detain Kovrig and Spavor," he said.