The news is just the latest stemming from an initial major recall from Tip Top Poultry announced late September.

In yet another recall due to issues with chicken produced by Tip Top Poultry, a South Carolina packaged sandwich maker announced Oct. 3 that it is recalling several products due to potential contamination of listeria.

The company's announcement stated that on Oct. 3, Grand Strand was notified by Star Foods (aka Mrs. Stratton's) that the chicken salad they make for Grand Strand contains chicken involved in a recall. Tip Top Poultry initiated that recall.

The products were distributed between Sept. 4 until Oct. 2. These products were packaged in clear plastic and sold primarily in convenience stores and vending machines located in the states of North Carolina and South Carolina. The Grand Strand products involved in the recall and their sell dates are below:

Detailing what Listeria may entail, Grand Strand notes that although healthy individuals may suffer only short-term symptoms such as high fever, severe headache, stiffness, nausea, abdominal pain and diarrhea, a Listeria monocytogenes infection can cause miscarriages and stillbirths among pregnant women.

Consumers who have purchased these products are urged to return them to the place of purchase for a full refund or they may discard the product. Consumers with questions may contact Kirk McCumbee at 1-843-399-2999 Monday - Thursday 8 a.m. - 4 p.m., Friday from 8 a.m. - 3 p.m. EST.

The Grand Strand Sandwich recall is just the latest such recall stemming from Tip Top Poultry's initial Sept. 28 announcement that it recalled more than 70 products that include all cooked, not deboned foul meat it produced from Jan. 22 to Sept. 24 of this year. Since then, more recalls have followed from Tip Top's customers, including major sellers like Butterball, Sysco and Perdue.

The U.S. Centers for Disease Control and Prevention has been investigating an outbreak strain of Listeria monocytogenes since before Aug. 23, with that outbreak responsible for two deaths and 22 hospitalizations across 13 states. The CDC hasn't yet named a source of the outbreak. 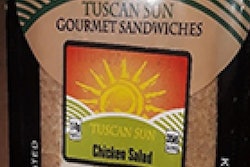 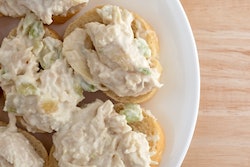 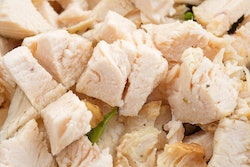