The awards from the International Foodservice Manufacturers Association acknowledging distributor leadership and excellence within foodservice. 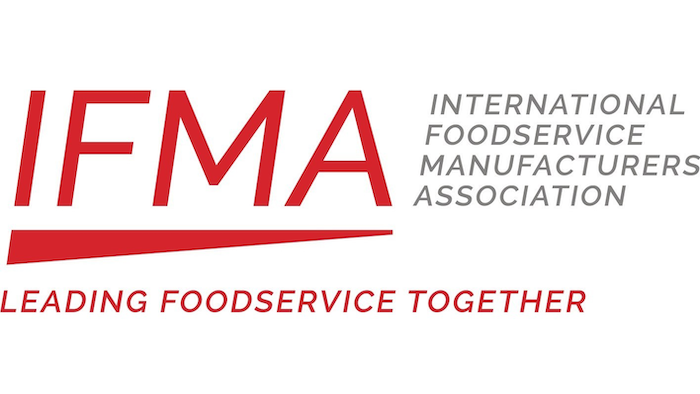 CHICAGO — The International Foodservice Manufacturers Association (IFMA) has announced the recipients of its 13th annual Distributor Awards, which acknowledge distributor leadership and overall excellence within the foodservice industry.

Vistar, Gordon Food Service, and the Hallam Family will each be honored at the Distributor Awards ceremony on Nov. 5th at IFMA's 57th annual Presidents Conference.

"IFMA is thrilled to honor our winners this year," said Larry Oberkfell, President & CEO of IFMA. "They are all great growth partners and leaders that the entire industry can look up to!"

Vistar receives the IFMA Excellence in Distribution Award. This award recognizes a corporate or independent distribution organization that has demonstrated excellence in the categories of management, leadership, customer relations, supplier relations and industry/community contributions. Vistar, based in Denver, Colorado, services over 70,000 customers in vending, theater, office coffee service, retail college and university, corrections, hospitality, stadiums and c-stores. Offering over 30,000 SKUs nationwide, delivered through thirty-six operating companies and delivered on a fleet of temperature-controlled trucks in every region. They are equipped to handle any size food orders, anywhere in the United States.

Vistar was nominated by Nestlé Professional and PepsiCo Foodservice.

Gordon Food Service is awarded the IFMA Distributor Sales & Marketing Performance Award, which recognizes a single independent distributor or an individual operating company of a distributor with multiple locations that has demonstrated successful planning and execution of creative sales and marketing. Since 1897, the people of Gordon Food Service have been committed to delivering uncompromising quality, outstanding value and exceptional customer service. What began as a simple butter-and-egg delivery service is today North America's largest privately held and family managed broadline foodservice distributor. Gordon Food Service distributes to foodservice operators in the Midwest, Northeast, Southeast, and Southwest regions of the United States and coast-to-coast in Canada. The company also operates more than 175 Gordon Food Service Store® locations in the U.S., which are open to the public and provide restaurant-quality products and friendly, knowledgeable service without a membership fee.

The Hallam Family is named winner of IFMA's Distinguished Industry Achievement Award, which recognizes leaders who have brought about positive change in the foodservice distribution community and have been pioneers in the areas of management, marketing and operations. Gaston Hallam began his career in 1924 and managed several distribution centers over the decades until becoming an officer of the Ben E. Keith Company. In the early 1960's, Mr. Hallam assumed ownership of the company and was subsequently join by his sons Robert and Howard Hallam as they began their careers. Robert and Howard's leadership over the next 50 years helped grow a once small produce company into a 4 Billion dollar enterprise for foodservice and beverage distribution throughout the country. Both John Hallam and Robert Hallam, JR, took the same paths as their fathers when joining the company, and are now the third generation leading Ben E. Keith into the next chapter of history.

The Hallam Family was selected by an executive jury of industry experts.