It is, however, linked to hospitalizations, developmental problems and poor overall health. 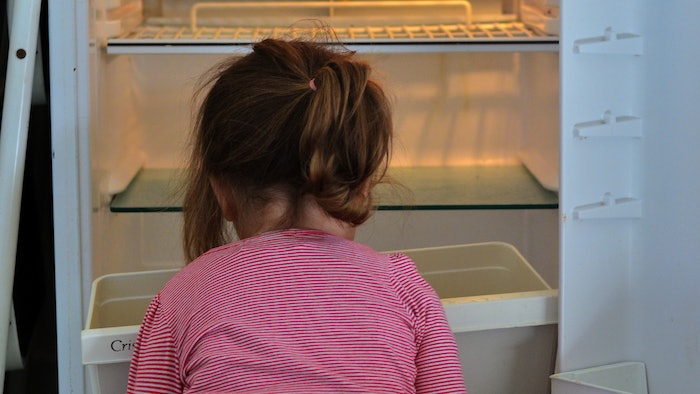 Young children, who grow up in homes with limited access to nutritious foods (known as food insecurity), are more likely to experience poor overall health, hospitalizations, and developmental problems, but they are not at higher risk of developing obesity, a new University of Maryland School of Medicine study finds.

The research, published in the journal Pediatrics, examined the impact of food insecurity among children from birth to age four and found that obesity rates generally did not differ among those who lived in households with food insecurity compared to those who had access to healthy foods.

"We did find, however, that growing up in a low-income community -- typically with a lack of access to healthy grocery stores, an overabundance of fast food chains, and few safe areas to play outdoors - increased a preschooler's risk of developing obesity regardless of food security," said study leader Maureen Black, PhD, a Professor of Pediatrics at UMSOM. "This is quite alarming and indicates a significant public health issue."

She and her colleagues analyzed data from 28,184 racially and ethnically diverse children under four years of age primarily from low-income households in five U.S. cities that participate in Children's HealthWatch, an ongoing network of pediatric and public health researchers that monitors how economic hardships relate to the healthy development and growth of children.

Data were stratified by every year of age from birth to one year and up to four years of age, and the researchers found that food insecurity was not associated with a higher risk of obesity with one exception. Children aged two to three years who lived in households that were food insecure had a 24 percent increased risk of obesity compared to those who lived in households that were food secure.

However, those from the poorest households, where both parents and children lacked access to proper nourishment, also did not experience higher rates of obesity.

"I am not sure what to make of this finding," said Dr. Black. "It could be this is the time when toddlers are first trying adult foods, which in food insecure households may be low-cost, low nutrient-dense foods. In addition, pickiness and hesitancy to try new foods peak during this age period and may be associated with excess snack food."

The vast majority of households in the study qualified for federal and state food assistance programs that provided supplemental nutrition. The researchers identified food security based on interviews, using a standard questionnaire, with mothers of the children conducted by the Children's HealthWatch.

Earlier studies examining food insecurity among children under 4 were not stratified by age, potentially masking developmental differences in young children's experiences of food insecurity and susceptibility to growth issues. This new study found a steady rise in obesity rates as the children grew out of infancy: about 13 percent of those ages 1 to 2 years were obese compared to nearly 24 percent of those ages 3 to 4.

"Childhood obesity remains a persistent problem in this country, and we know it has led to earlier onset of high blood pressure and type 2 diabetes. These conditions, once rare in teenagers, now occur regularly in adolescents," said E. Albert Reece, MD, PhD, MBA, Executive Vice President for Medical Affairs, UM Baltimore, and the John Z. and Akiko K. Bowers Distinguished Professor and Dean, University of Maryland School of Medicine. "More public health efforts must be made to ensure that children in low-income communities are getting the proper nutrition they need."

While the study did not find a link between food insecurity and obesity risk, it did find that food insecurity was associated with significantly increased risks of a child being in poor health and experiencing a developmental delay, with the odds increasing with a child's age up to age four.

For this reason, the study authors recommended that health care providers follow the American Academy of Pediatrics guidelines to screen and manage food insecurity, which involves asking caregivers about their access and concerns about enough food and providing them with access to government food assistance programs like WIC, SNAP and local food pantries, along with supports to help families cope with economic hardships and associated stressors.

Dr. Black, who is also a fellow at RTI International, conducted the study with colleagues at Boston University, Drexel University, University of Arkansas for Medical Sciences, and Hennepin County Medical Center. Chloe Drennen, MD, a 2019 UMSOM graduate, was the first author of the study. The study was funded by multiple foundations and donors that support Children's HealthWatch.