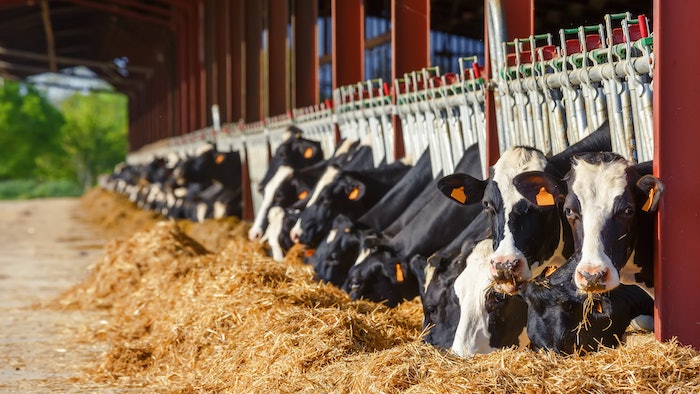 Appearing at an informational meeting of legislators who represent rural parts of the state, dairy farmers said the industry must be financially viable so a new a generation of farmers will want to work the long, hard hours to provide locally grown food. "We need your help to try and come up with a solution to make it at least profitable," said Seth Bahler, owner of Oakridge Dairy Farm in Ellington. "We need to be profitable to have a next generation."

Bahler recalled how his family's farm, started by his great-great grandfather in 1890, was once one of 50 along what was called the "Milkiest Mile in America," between Vernon and Somers. Today there are just two dairy farms left. Statewide, there are less than 100 dairy farms, about 55 to 60 fewer than a decade ago.

It's estimated that the dairy industry, including cattle, goat and sheep milk producers, contributes more than $1 billion annually to the state's economy. And despite the decline in farms, the number of cows has remained relatively steady at 19,000, compared to roughly 20,000 in 2009.

Experts on Tuesday cited the years of low milk prices, the recent trade war with China, and the high cost of production, including expensive equipment, among the industry's challenges. Ned Ellis, owner of Maple Leaf Farm in Hebron, said the industry is cyclical, with periods of low milk prices lasting about three years. But that, he said, has changed, and farmers are currently in the middle of a five-year low period.

"The highs have been shorter and the lows have been longer," he said.

Bonnie Burr, assistant director and department head with the Cooperative Extension System at the University of Connecticut, has worked on the issue of milk prices for years. She described it as a complicated federal problem that Connecticut legislators likely can do little about.

Instead, she encouraged them to enact policies that make the industry more financially stable. "We need to know that the state of Connecticut is working with us on policy that can help us ride that fluctuating storm of federal policy," she said.

Farmers and their advocates repeatedly called on lawmakers to protect the Community Investment Act. Funded by a recording fee on municipal land records, the program assists dairy farmers who are financially at the mercy of fluctuating milk prices. In past years, lawmakers have raided the fund to help balance the state's budget.

Farmers also spoke of the need for trained workers and help with making expensive equipment purchases, including robotic milking machines. Democratic state Sen. Cathy Osten of Sprague, co-chair of the rural caucus, said she hopes to work with fellow legislators to secure additional funding to help stabilize the industry.

She suggested writing a letter to Democratic Gov. Ned Lamont, seeking additional financial support for farmers in the near-term. For the long-term, she brought up the idea of enlisting her colleagues to work for a day on a Connecticut farm to get a first-hand experience of a farmer's challenges.