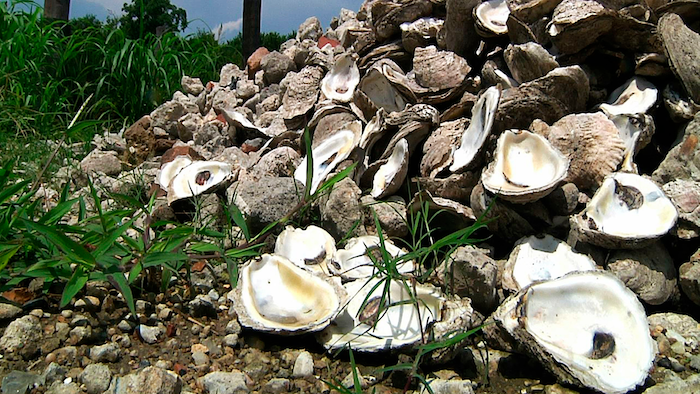 A news release said seafood and recreational fisheries have been disrupted by the deluge of freshwater from the Bonnet Carré Spillway west of New Orleans, diluting normally brackish and salty waters. The letter sent Monday was signed by four U.S. representatives from Louisiana and one each from Mississippi and Alabama.

"The livelihoods of many in our coastal communities are dependent on a healthy marine environment, and disruptions to these ecosystems have heavy impacts on both the commercial and recreational fishing industries," the letter said. Mississippi Governor Phil Bryant asked Ross for such a declaration on May 31. Governor John Bel Edwards of Louisiana followed suit June 17 and Alabama Governor Kay Ivey on July 10.

If Ross declares a fisheries disaster it would make federal grants, loans and other aid available to affected people and open the way for Congress to appropriate money to help fishermen and businesses that rely on them.

Fed by rains and melting snows in the Midwest, the Mississippi River has been high since fall, so even more fresh water than usual is pouring into the Gulf of Mexico. In addition, the Army Corps of Engineers has twice had to open the spillway, which protects New Orleans' levees by diverting huge amounts of river water into normally brackish Lake Pontchartrain, a huge tidal basin which feeds into the Mississippi Sound.

The reduced salinity has hurt production and harvesting of oysters, crabs and shrimps, the governors said. Ivey's letter said floodwaters coming down the Tombigbee River were a major problem for Alabama, but the spillway has disrupted the marine ecosystem in the Mississippi Sound, which includes Alabama's western coastal waters.

Seafood is a $2.4 billion business in Louisiana and accounts for one out of 70 jobs in the state, with shrimping alone accounting for 15,000 jobs and a $1.3 billion impact, according to the Louisiana Seafood Promotion and Marketing Board. It said 70 percent of the nation's oysters come from the Gulf Coast waters.

When Bryant made his request, he said 70 percent of the Mississippi Sound's already imperiled oyster population was estimated to be dead, with the crab catch down by 35 percent.