The company failed to address sitting pools of black water, fish particles stuck to walls, an accumulation of residues on processing tables, and more. 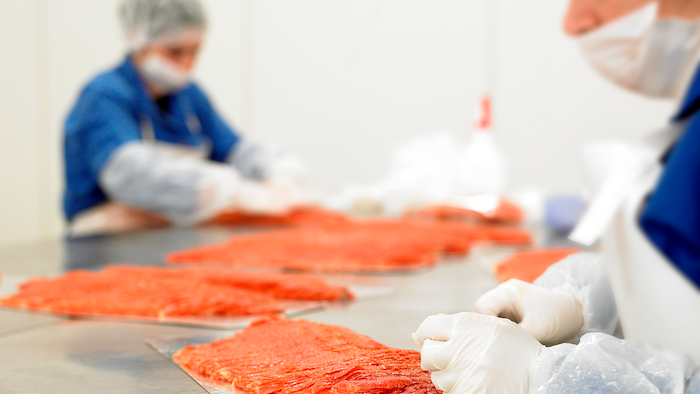 The company has yet to implement adequate corrective actions at their facility, which resulted from an FDA-issued safety alert on July 18. The alert advises restaurants and food retailers in Texas and Louisiana to stop selling and discard recent shipments of Topway’s ready to eat (RTE) seafood products, including raw tuna and salmon, due to possible contamination. This is the sixth time the FDA has suspended a facility’s registration since receiving the authority under the FDA Food Safety Modernization Act.

“The FDA and the Texas DSHS have documented a pattern of food safety violations at the Topway facility as well as an unwillingness and disregard by the company to cease operations and correct severe violations at their facility. Topway’s unsafe practices not only violated the law, but also jeopardized the health of consumers as the company continued to knowingly distribute food products likely to be contaminated with Listeria for public consumption,” said FDA Deputy Commissioner for Food Policy and Response Frank Yiannas.

The FDA first inspected the Topway facility in February, which resulted in the detection of 31 non-pathogenic Listeria on swabs collected throughout the facility and observations of egregious sanitation deficiencies. At the close of the inspection, the investigators issued a FDA Form 483 to document inspectional observations pertaining to insanitary conditions at the facility.

The form noted poor employee sanitation and production practices and significant facility deficiencies, such as cracked and uncleanable floors in the high-traffic areas like the production and fish cooler rooms, pools of black water on the fish cooler floors, uncleaned utensils used to process seafood, fish particles on production room walls, and an accumulation of residues on seafood processing tables. The FDA alerted Topway of the agency’s findings and the company assured the agency it would take corrective actions.

On behalf of the FDA, the Texas DSHS conducted a follow-up compliance inspection from June 24 through July 3. State inspectors observed that the company had not corrected the sanitation and seafood safety compliance deficiencies identified by the related FDA inspection. This inspection resulted in 66 non-pathogenic Listeria positive samples, egregious sanitation deficiency observations and four environmental swabs that tested positive for L. monocytogenes.

On July 3, FDA and Texas officials notified Topway of the recent environmental sampling results for their facility. The company agreed to voluntarily cease operations and recall certain products. To date, the company has not implemented adequate corrective actions to address the risks that were identified. Topway also continued production by operating in a temporary location where it moved some equipment and personnel to process seafood products for sale while performing cleaning at its facility.

The FDA is in the process of working with the company to address the violations at both locations. Only after an appropriate corrective plan has been established and implemented at both the facility and temporary processing location will the FDA consider allowing the company to resume operations.

The FDA is not aware of any confirmed illnesses related to these seafood products.