Aggressive discounting by third-party delivery services like DoorDash is hurting U.S. sales — with no sign of letting up. 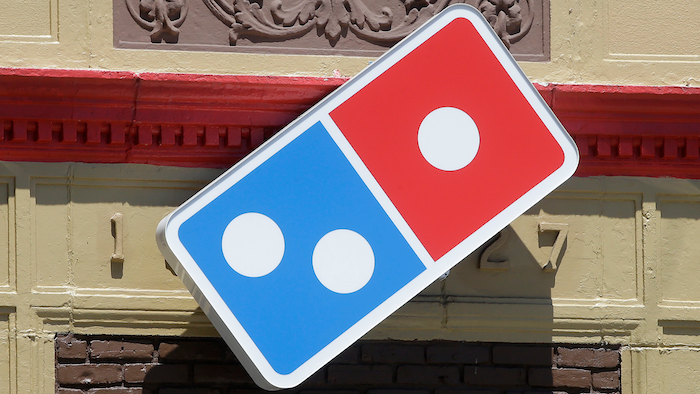 ANN ARBOR, Mich. (AP) — Domino's Pizza said aggressive discounting by third-party delivery services like DoorDash is hurting its U.S. sales — and shows no sign of letting up. U.S. sales at stores open at least a year rose three percent in the second quarter. That was below analysts' forecast of 4.5 percent, according to FactSet. It was the third straight quarter that U.S. same-store sales have fallen short of expectations, Domino's CEO Ritch Allison said.

Domino's has its own drivers and doesn't work with delivery services like UberEats and GrubHub, which are racing to sign up customers with referral bonuses and other deals. Those services have made it easier for consumers to order a wide variety of food beyond pizza; UberEats has occasionally offered free McDonald's delivery, for example.

"We expect that behavior to continue for some period of time," Allison said during a conference call with analysts. "While the economics of the business are still open to question for the long term, the near-term activity indicates investors are willing to lose a lot of money in the short term to drive market share."

Allison said Domino's is fighting back by opening more stores, which ensures faster delivery times and increases global market share. The company opened 158 net new stores internationally during the quarter and 42 net new stores in the U.S. Global retail sales were up five percent thanks to the rapid pace of store openings.

The new stores, however, are hurting same-store sales figures — a key metric of a retailer's health — since business is spread across more stores. But Allison said the strategy is still the right one to ensure Domino's dominance in the market. "It's an investment we and our franchisees are happy to make for long-term growth," he said.

Some franchisees also raised food prices and delivery fees during the second quarter to combat lower customer traffic and higher wages, Allison said. Domino's also is investing in technology to improve service, including a real-time GPS delivery tracker for customers and a test of autonomous delivery in Houston.

Allison thinks the pressure from delivery services will ease somewhat in the future, as some companies drop out of the market and discounts become less frequent. "The 100th coupon that you get is probably less effective than the 2nd," he said. "We don't know what the ultimate demand will be, once the customer has to pay a price for the service that exceeds the service."