Nestle and others pushed expensive baby formula to a low-income community despite a ban against aggressive marketing of such products. 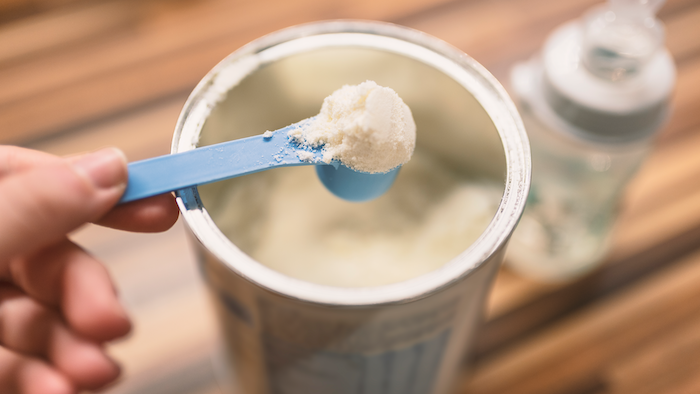 LIMA, Peru (AP) — Nestle and other multinational companies pushed expensive baby formula to a low-income community near Peru's capital despite the country's ban against aggressive marketing of such products, a study said Monday. The report by researchers at the Johns Hopkins Bloomberg School of Public Health found that women in the community where the promotions took place were 10 times more likely to stop exclusive bread feeding at their doctors' advice.

Doctors told researchers during in-depth interviews that they had received everything from free training and trips as well as powdered formula samples to promote the products, including "Nan" by Nestle and "Enfamil" by Chicago-based Mead Johnson. Nestle in Peru and Mead Johnson did not immediately respond to requests for comment. But Nestle on its website reproduces World Health Organization recommendations that breastfeeding up to six months of age has the most health benefits for babies.

Peru has prohibited marketers from promoting infant formula through health care centers since 1982.

"As markets in wealthy countries have begun to stagnate, the marketing of formula in poorer countries is becoming more aggressive," said the report's lead author, Jessica Rothstein, an associate faculty member at the Bloomberg School's Department of International Health. "Our findings suggest that public health authorities in Peru must continue to monitor and enforce laws prohibiting marketing of infant formula to health providers."

Rothstein told The Associated Press that health authorities in Peru were provided the study's preliminary findings but were reluctant to take action due to a lack of resources and the belief that poorer mothers had no means to purchase baby formula. "It is alarming to see how much influence a doctor can have on whether women breastfeed exclusively or not," Rothstein said. "Our research shows how effective the formula industry can be at targeting vulnerable mothers through marketing to their physicians."

For the study, the researchers used data from health surveillance questionnaires completed by 214 new mothers between February 2016 and May 2017. In addition, the researchers interviewed 29 of the new mothers from the larger group and seven health care professionals working at health centers in the study area.