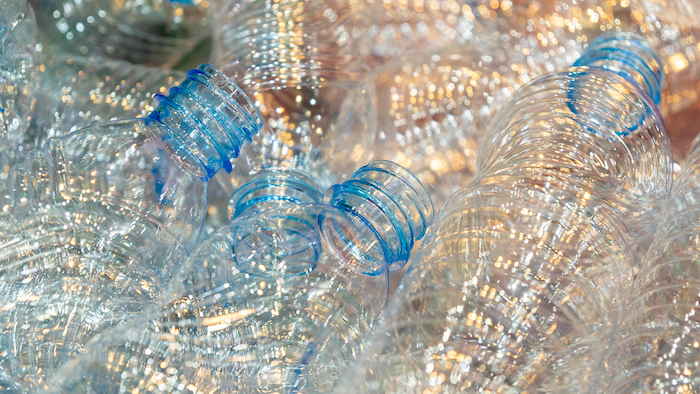 PORTLAND, Maine (AP) — Poland Spring announced Monday a plan to use 100 percent recycled plastic for all its non-carbonated water containers, a move that comes against a backdrop of growing concern about plastic pollution.

The migration to recycled containers comes as the bottled water industry faces continued criticism over its use of plastic, much of which ends up as trash or litter. In Maine, Poland Spring also has faced scrutiny over water withdrawals as the brand has surged in popularity.

Soda and water bottles made from polyethylene terephthalate, or PET, have been transformed into lesser-grade recycled plastics. But better sorting and improved technology allow the plastic to be reused for food-grade containers, though it's more expensive than virgin plastic, Tulauskas said.

Recycling plastic is a worldwide effort. For example, the European Union has set a goal of plastic bottles having at least 25 percent recycled content by 2025 and 30 percent by 2030. In the United States, the move to recycled plastic containers is being led by industry.

Poland Spring's efforts are aimed at helping Nestlé Waters North America to reach its goals of 25 percent recycled plastic by 2021 and 50 percent recycled plastic by 2025. That plastic can be recycled over and over into bottles, reducing the amount of plastic sent to landfills and providing "proof that a fully circular economy is within our reach," said Fernando Mercé, president and CEO of Nestlé Waters North America.