Production was suspended after test results confirmed the contamination. 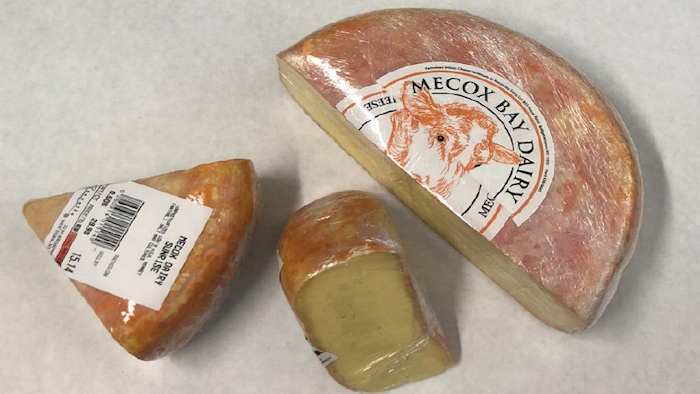 Bridgehampton, New York-based Mecox Bay Dairy, LLC, is recalling their Mecox Sunrise washed-rind Tomme style cheese because it has the potential to be contaminated with Listeria monocytogenes. The cheese was distributed and sold at seven retail locations and one restaurant on Eastern Long Island, NY, and served at one restaurant in Chicago, IL.

No illnesses have been reported to date. The potential for contamination was noted after routine testing by New York State Agriculture and Markets Division of Milk Control revealed the presence of Listeria monocytogenes in a sample of Mecox Sunrise cheese. Production has been suspended while FDA, New York State Agriculture and Markets, and Mecox Bay Dairy continue to investigate the source of the problem.