Dairy farmers are in their fifth year of low milk prices that have driven thousands out of business. 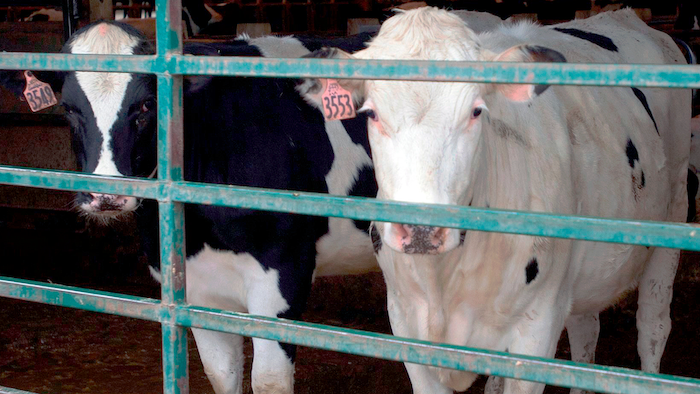 MONTPELIER, Vt. (AP) — An insurance program to help hard-pressed dairy farmers is expected to be ready for enrollment in June, the U.S. Farm Service Agency says, but farmers say it won't tackle the underlying challenges they face. Dairy farmers are in their fifth year of low milk prices that have driven thousands out of business.

"I've been in this for over 40 years and this is as bad as it's ever gotten," said Vermont dairy farmer Jacques Parent on Tuesday. Describing the dairy farmers' situation as urgent, 38 U.S. senators signed a letter late last month urging the U.S. Department of Agriculture to implement the insurance program quickly and work to educate farmers about their options.

The improved insurance program in the 2018 farm bill — called Dairy Margin Coverage — expands the coverage levels for farmers. They pay premiums and receive payments when the gap between milk prices and feed prices reach a certain level. The program was delayed by the 35-day partial government shutdown. Payments will be retroactive to January.

"USDA is working diligently to implement the DMC program and other programs authorized by the 2018 Farm Bill," FSA Administrator Richard Fordyce wrote in an email on Monday. Still, the more time that passes, the harder it is for farmers. "I think it's frustrating, very frustrating because we've gone through this four-year drought in revenue and each month it gets put off the more disheartened producers become," said Michigan dairy farmer Ken Nobis.

Consumer demand in some segments and unresolved trade issues that are harming exports and boosting surpluses are other issues challenging the dairy industry, a spokesman for the National Milk Producers Federation has said. For many years, dairy farmers went through a three-year cycle of a good year, a bad year and a mediocre year, Nobis said. "Now we're in our fifth year of below profitable levels of milk production, that's pretty hard for anyone to withstand," he said.

Higher tier coverage is available for smaller operations. Nobis, whose farm milks 1,000 cows, and Parent with 700 cows, would cap out early. "It's appreciated but it's only a little Band Aid," said Parent.

The bottom line is farmers don't want a check from the government, said Nobis. "What we want is a viable market and that viable market ... has been damaged dramatically by the trade issues that we didn't ask for, frankly."