After a week in which both Tyson and Perdue issued separate recalls for breaded chicken products, two more have joined the recent recall ranks. 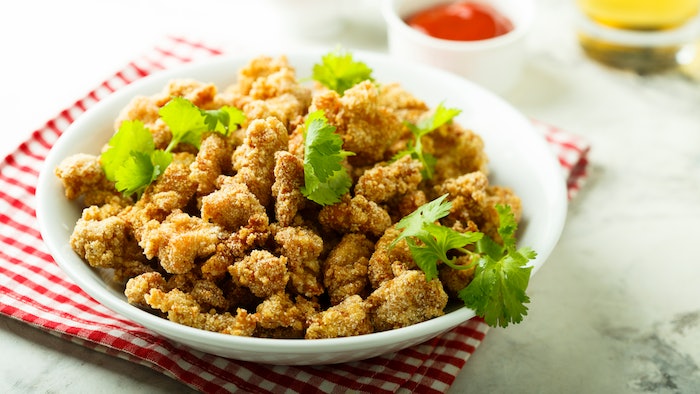 After a week in which both Tyson and Perdue issued separate recalls for breaded chicken products, two more have joined the recent recall ranks. Pilgrim’s Pride is recalling over 58,000 pounds of breaded popcorn chicken products that might be contaminated with rubber. The U.S. Department of Agriculture’s Food Safety and Inspection Service made the announcement Friday.

The frozen, not-ready-to-eat 20-pound boxes of Uncooked Popcorn Style Chicken Breast Chunk Fritters with Rib Meat were produced on January 4, 2019 and shipped to Publix Super Markets in Florida for deli food service use. The problem was discovered when the company was informed by Publix Super Markets’ employees about a consumer complaint regarding white rubber in the products.

The next day Dallas-based Taylor Farms announced a recall for approximately 2,100 pounds of HEB Roasted Spaghetti Squash with Alfredo and Chicken that was incorrectly labeled as Chile Relleno. In addition to the wrong product label, the ingredient label also failed to note the presence of a potential allergen – wheat.

The 10-ounce packages were produced between January 25 – 30 and shipped to distribution centers and retail stores in Texas. The recall was instituted when Taylor Farms discovered the labeling error. There have been no confirmed reports of adverse reactions in either case.