Milk prices paid to farmers are expected to be better this year, but not by much. 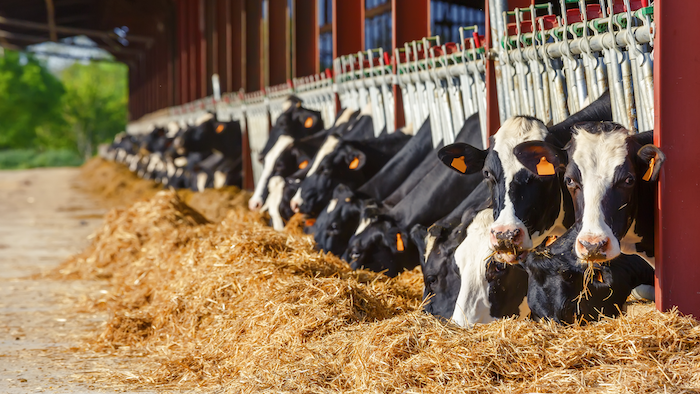 One plus is that the new farm bill includes an improved insurance program that farmers pay for to help them when the gap between milk prices and feed prices reach a certain level. But the program was delayed by the 35-day partial government shutdown. While the shutdown is now over, the Farm Services Agency still has to write the rules for the margin program.

Milk prices paid to farmers are expected to be better this year but not by much, University of Wisconsin dairy economist Mark Stephenson said. He predicts an increase of about a $1 per hundredweight, or hundred pounds of milk.

"A lot of farms have not been covering the cost of production for the last four years and this is probably going to be another year when they're going to have a difficult time," he said. "Most of the farms are out of working capital. And they're having to borrow against that equity to continue milking."

Other issues, too, are challenging the dairy industry, such as unresolved trade issues that are harming exports and boosting surpluses, and consumer demand in some segments, said Alan Bjerga, a spokesman for the National Milk Producers Federation.

"You can see that a dramatic rebound is not seen in any of the forecasts which means that producers are going to continue to try to find the best markets and prices they can and manage their risk as effectively as they can and we think that the new farm bill will be very helpful in that," he said.

Farmers in the margin protection program are projected to be paid in the first half of the year, and industry experts expect those payments to be retroactive. Dairy farmer Walter Bothfeld of Cabot, Vermont, said the program helps but it's almost too little too late, he said.

"We can use them anytime," he said of the payments. "Because the grain bill's not delayed, it comes every month. And they like to be paid."