Nearly one-third of the food Britons eat comes from the EU. 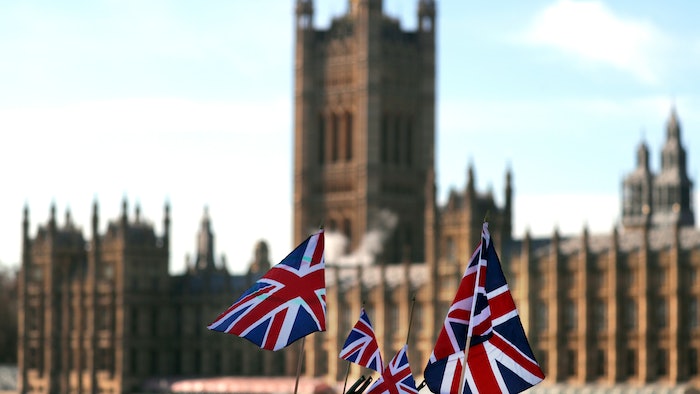 British Union flags fly in front of The Houses of Parliament in London.
AP Photo/Frank Augstein

LONDON (AP) — Food retailers in Britain are warning of higher prices for food as well as shortages in a starkly worded letter to lawmakers urging them to avoid leaving the European Union without a deal. McDonald's, Sainsbury's and Waitrose were among those saying Monday they were "extremely concerned" about disruptions in the food supply chain, given that nearly one-third of the food Britons eat comes from the EU.

The industry says that "this complex, 'just in time' supply chain will be significantly disrupted in the event of no deal," and that there will be pressure on food prices from higher transport costs, currency devaluation and tariffs.

The intervention comes ahead of a crucial day for May's Brexit deal on Tuesday, with Parliament considering a number of amendments that could prevent Britain from leaving the EU without an agreement on future relations.

A top European Commission official says it would be 'a stupid thing' for the European Union to make any concessions to Britain that would put the bloc at a disadvantage just to clinch a Brexit agreement. Jyrki Katainen says "there's no reason to give any concessions" to Britain which knew of the consequences of leaving the bloc. He said the EU has negotiated in good faith and had reached a good deal that was rejected by the British parliament.