How the Shutdown Affected a Unique Bovine TB Case

The source of the disease is still unknown. 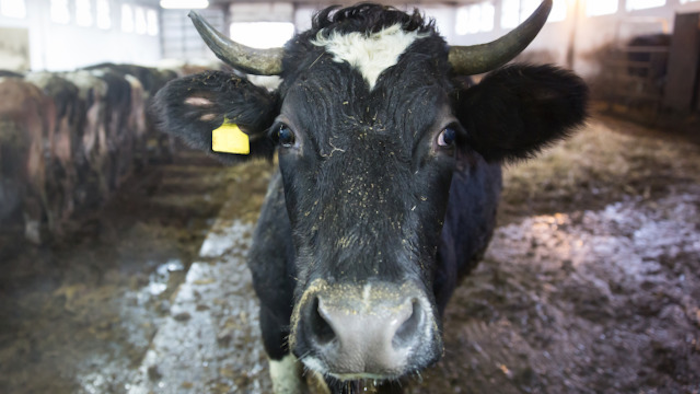 BISMARCK, N.D. (AP) — The longest federal government shutdown in U.S. history affected an investigation into a strain of bovine tuberculosis in a North Dakota beef cattle herd, say state officials who have so far have shouldered most of the probe into the strain similar to cases in Mexican cattle and not previously seen in the U.S.

Chances are low the situation will imperil other cattle herds or people, particularly since the herd in southeastern North Dakota's Sargent County has been quarantined. But it could delay solving the mystery of how a strain of bovine TB similar to cases associated with cattle south of the U.S. border surfaced in cows near the northern border.

"We are the workforce right now in the field, and we have limited staff," State Veterinarian Susan Keller said Wednesday of the North Dakota Agriculture Department's Animal Health Division, which has only a handful of workers. She said federal officials wanted to help but couldn't because of the shutdown tied to a dispute over funding a southern border wall.

Two cows from the Sargent County herd tested positive for bovine TB at slaughter plants in South Dakota and Minnesota, and the National Veterinary Services Laboratory in Iowa confirmed the diagnosis late last year. The herd was then tested, and five more cows were confirmed to have the infectious disease that can be passed between cattle and people.

The source is still unknown. The ranchers have not bought any cattle from Mexico, have no ties to the country and have no workers from south of the border, according to Keller.

"It's a very slow-growing organism. It could have been there (in the herd) for quite a while. We don't know when it was introduced or where it came from," she said. "Maybe it's a strain that has been here (U.S.) for a while but it's mutated."

Bovine TB is a public health concern worldwide, though the risk to people in developed countries is low given advances in prevention and control measures such as testing, culling of diseased animals and pasteurizing of milk, according to the National Institutes of Health.

North Dakota is not alone in recently identifying a new strain of bovine TB — officials in Canada are investigating cattle infections in the province of British Columbia that involve a strain not previously documented in that country, according to the Canadian Food Inspection Agency.

"You can have mutations of TB, similar to influenza," Keller said, stressing that a new strain is not comparable to a new disease — it doesn't change measures in place to guard against bovine TB.

The new case is still a concern to ranchers, according to Julie Ellingson, executive vice president of the North Dakota Stockmen's Association.

"The livestock industry is concerned about any and all cases of TB, no matter what the strain," she said. "We have worked hard to maintain a healthy herd in our state, and identifying and addressing the situation as quickly as possible is our highest priority."

Responses to such animal disease cases are a cooperative effort of state and federal agencies, particularly the U.S. Department of Agriculture's Animal and Plant Health Inspection Service and its Veterinary Services and Wildlife Services components.

North Dakota's Animal Health Division has received only limited help so far from those agencies and in particular is waiting on information that will help determine whether the entire herd of about 100 animals is slaughtered or whether the owners can continue managing the rest of the herd with ongoing testing. Officials also are working to determine where all of the animals in the herd originated, and to ensure that none ended up in other herds over the past five years. Keller said the likelihood of that is remote given that the ranchers raise cattle for beef, not to provide seed stock to other ranchers.

It wasn't clear how many APHIS officials have been available to work on the case. Agency spokeswoman Lyndsay Cole, who was herself furloughed but on call, said only that the agency "is assisting with diagnostic testing" and would provide further help "once the lapse in appropriations is over."

The National Cattlemen's Beef Association, which represents more than 175,000 cattle ranchers and feeders around the country, did not directly comment on the federal shutdown's impact on the North Dakota investigation. Chief Veterinarian Kathy Simmons in a statement to The Associated Press expressed confidence that Keller and other North Dakota officials working in conjunction with federal officials "can manage a successful disease response."

Keller said the investigation could stretch out for several months, but she hopes to be able to say definitively by early summer that officials have taken all necessary actions to ensure no spread of the disease.

"Neighbors, people in the community, neighboring states, they want to know — do you have things tied up?" she said.