"Cannabis could be the big disruptor." 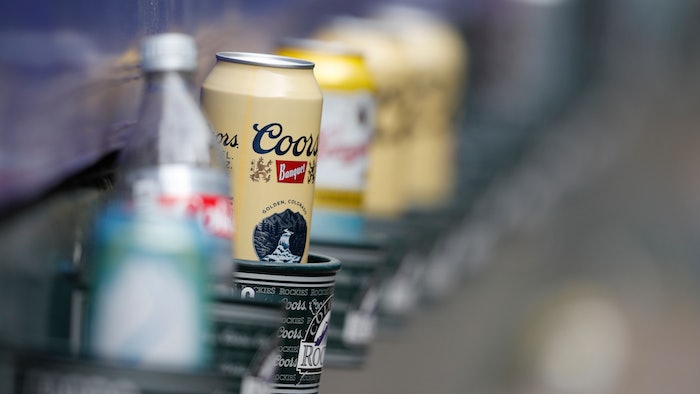 The makers of Budweiser, Coors and other large-scale brewers are placing their bets on cannabis as a way to fight saturated markets and shifting consumer trends.
AP Photo/David Zalubowski

NEW YORK (AP) — The makers of Budweiser, Coors and other large-scale brewers are placing their bets on cannabis as a way to fight saturated markets and shifting consumer trends.

For years, the industry's largest players have struggled with stagnating markets and shifting consumer tastes. Anheuser-Busch InBev, Molson Coors and Corona brewer Constellation Brands have responded by buying up fast-growing craft brews. Anheuser-Busch's 2011 purchase of Chicago's Goose Island is one of the most emblematic examples of this strategy, which has helped big brewers maintain revenue and profit steady. But concerns over growth continue to hang over the industry.

The craft beer segment of the industry has slowed considerably since 2016, however, according to trade association The Beer Institute. "This seems to be running out of steam now," said Spiros Malandrakis, head of alcoholic drinks at market research provider Euromonitor International.

While the same macroeconomic issues of saturated markets and consumers constantly looking for something new remain, the industry may have to contend with escalating trade issues and a market downturn that could cut into consumer spending. The larger players are fighting back by pushing into the cannabis industry as a potential engine for future growth.

"This is the area that I would expect the most interesting development to happen," Malandrakis said. "Cannabis could be the big disruptor."

Constellation, in its latest conference call with investors, said the "emerging cannabis space represents one of the most significant global growth opportunities of the next decade and frankly our life time."

The new strategy is not without risks, however. Constellation shares recently took a dive, seemingly over concerns centering around its cannabis investment. Wall Street is cautious about the potential return on those investments, considering the legal hurdles that still need to be cleared in key markets, including the U.S.

Investors should soon get some insight into how several of these brewers' cannabis plans are faring. Molson Coors reports its fourth-quarter results February 12 and Anheuser-Bush reports results February 28.