Tyson highlighted growth in their beef and prepared foods segments, but cited challenges with its pork and poultry business. 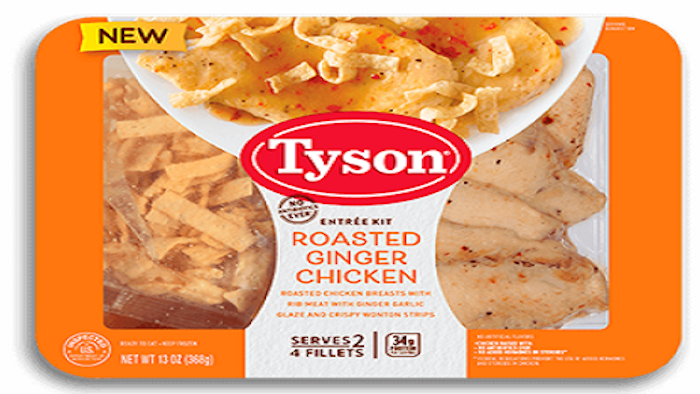 According to an Associated Press report, Tyson Foods, Inc. realized a fiscal fourth-quarter profit of $537 million. The Springdale, Arkansas-based company said it had profit of $1.47 per share. Earnings, adjusted for asset impairment costs and restructuring costs, came to $1.58 per share.

The results beat Wall Street expectations. The average estimate of three analysts surveyed by Zacks Investment Research was for earnings of $1.33 per share. The poultry and meat producer posted revenue of $10 billion in the period.

Tyson shares have fallen 24 percent since the beginning of the year, while the Standard & Poor's 500 index has increased two percent. The stock has decreased 17 percent in the last 12 months. During the company's earnings call, Tyson highlighted growth in their beef and prepared foods segments, but cited some challenges associated with its pork and poultry business due to higher production costs.

These costs have driven prices up, and could be related to recent regulations that call for less crowded animal farming environments, which raise production costs for Tyson and many others. The pork and poultry industries have also faced a number of high-volume recalls in recent months, which has added to production time and the related costs. Tariffs have also had an impact, driving up the costs of chicken and lowering the costs of pork.