Pandemic a Wake-Up Call for Robotics

Byron Spice
Medical personnel work inside one of the emergency structures that were set up to ease procedures outside the hospital of Brescia, Northern Italy, Tuesday, March 10, 2020.
Claudio Furlan/Lapresse via AP

PITTSBURGH -- Robots could perform some of the "dull, dirty and dangerous" jobs associated with combating the COVID-19 pandemic, but that would require many new capabilities not currently being funded or developed, an editorial in the journal Science Robotics argues.

The editorial, published today and signed by leading academic researchers including Carnegie Mellon University's Howie Choset, said robots conceivably could perform such tasks as disinfecting surfaces, taking temperatures of people in public areas or at ports of entry, providing social support for quarantined patients, collecting nasal and throat samples for testing, and enabling people to virtually attend conferences and exhibitions.

In each case, the use of robots could reduce human exposure to pathogens -- which will become increasingly important as epidemics escalate.

"The experiences with the (2015) Ebola outbreak identified a broad spectrum of use cases, but funding for multidisciplinary research, in partnership with agencies and industry, to meet these use cases remains expensive, rare and directed to other applications," the researchers noted in the editorial.

"Without a sustainable approach to research, history will repeat itself, and robots will not be ready for the next incident," they added.

In addition to Choset, a professor in CMU's Robotics Institute and one of the founding editors of Science Robotics, the authors of the editorial include Marcia McNutt, president of the National Academy of Science; Robin Murphy of Texas A&M University; Henrik Christensen of the University of California, San Diego; and former CMU faculty member Steven Collins, now at Stanford University.

Choset stressed that the idea behind the editorial wasn't solely to prescribe how robots might be used in a pandemic.

"Rather, we hope to inspire others in the community to conceive of solutions to what is a very complicated problem," he explained.

Choset also emphasized that, like robots, artificial intelligence could help in responding to epidemics and pandemics. Researchers at Carnegie Mellon, for instance, are performing research to address humanitarian aid and disaster response. For that task, they envision a combination of AI and robotics technologies, such as drones. Human-robot interaction, automated monitoring of social media, edge computing and ad hoc computer networks are among the technologies they are developing. 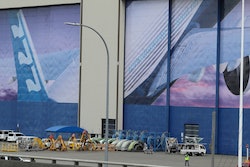 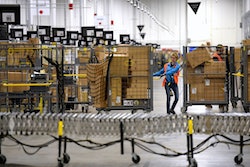 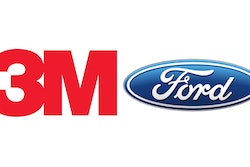