A metalworking process supported by the Gates Foundation could prevent maritime disasters.

If the Titanic taught us anything, it was that you never leave your fiancée alone with Leonardo DiCaprio and his sketch book, and labeling something as unsinkable is apparently a slap in the face of the maritime gods. Regardless, thanks to backing from the U.S. Army, the National Science Foundation and the Bill and Melinda Gates Foundation, researchers from the University of Rochester are claiming to have created a metal treatment process that could be used for a number of applications, including unsinkable marine vessels.

The metal itself is not the breakthrough, as the test materials were normal aluminum. However, by using femtosecond lasers to carve tiny groves, the team created superhydrophobic surfaces that capture enough air to form a barrier that displaces water and keeps the aluminum afloat.

Heavy ships travel without sinking because they weigh less than the volume of water being displaced, often using advanced engineering process to regulate weight and displacement. They sink when leaks throw off this ratio. That’s where those etchings and their ability to trap air come into play.

Researchers also saw that, over time, these laser-created grooves fill with water, sinking the metal. So, the team placed two of the etched disks on opposite ends of a small pillar, with the carved sides facing inward and with a gap in the center small enough to prevent water from entering. This creates an air bubble that keeps the metal afloat.

The research team tested the metal by placing it underwater and holding it down with a weight for two months. After removing the weight, the metal floated to the surface. This same process was repeated after drilling holes in the metal. Regardless of any level of damage, it continued to float.

And because the primary benefit is the metal’s ability to propel water, it could be used for a number of applications, including riding metal objects of dirt and contamination with a minimal amount of water. This has piqued the Gates’ interest and their mission to improve toilet sanitation in developing countries.

The biggest challenge is the amount of time, and commensurate costs, consumed by the laser etching process – it takes nearly an hour per square-inch of metal.

Escobar’s Brother Made a Smartphone 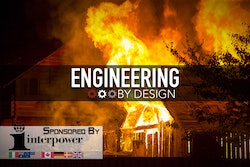