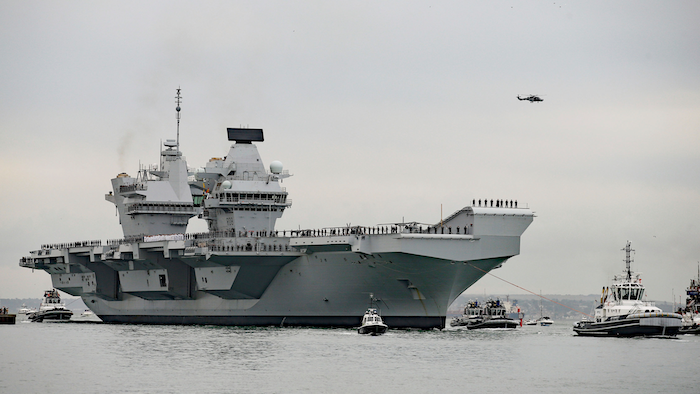 A view of the aircraft carrier HMS Queen Elizabeth.
Steve Parsons/PA via AP

LONDON (AP) — The British navy's newest and most expensive aircraft carrier needs repairs after a faulty shaft seal was identified during sea trials. Officials say the HMS Queen Elizabeth, which cost roughly $4 billion to build, will be "scheduled for repair" at Portsmouth.

Defense Secretary Gavin Williamson said Tuesday the repairs wouldn't be paid for by taxpayers because contractors who built the ship would be responsible.

A Royal Navy statement says the problem won't prevent the ship from sailing or interfere with the extensive sea trials program underway. Queen Elizabeth II earlier this month attended the commissioning ceremony of the carrier, which is named after the monarch.

"Any company that fails to recognize and implement the lessons offered up by its sales programs does so at the risk of stalling communications and possibly even setting back production."
Aug 5th, 2021
Follow Us
Most Recent