Growth in metal 3D printing and printing for short/min-run production is pushing powder bed fusion printing to the forefront. 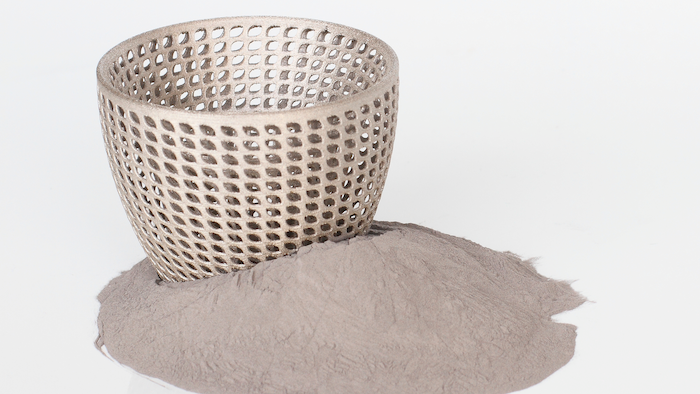 Powder Bed Fusion 3D printers accounted for 40 percent of global revenues from industrial/professional 3D printer shipments through the first half of 2016, and are set to rise even further, according to IT market research company CONTEXT.

“In unit volumes, the industrial/professional 3D printer segment was mostly made up of printers leveraging one of seven technologies, with printers based on material extrusion, vat photo-polymerization and material jetting accounting for most of the unit volumes,” noted Chris Connery, VP for Global Analysis at CONTEXT.

“The fourth most dominant technology – powder bed fusion – is the one everyone is watching however, as it continues to rise in share and also represents the biggest part of the market in terms of revenues,” he added. According to CONTEXT, the growing interest around PBF stems from this technology representing the two hottest trends in 3D printing; metal 3D printing and plastic 3D printing for short/mid-run production from exiting players and new IT stalwarts HP and Ricoh.

Metal remained one of the fastest areas of growth in the 3D printing market with PBF solutions representing 90 percent of that metal market. The metal market alone witnessed growth above market totals, up 29 percent in the first quarter, with the metal space already turning the corner into finished good part production for small and mid-run manufacturing.

This trend in metal is fully recognized by many of the world’s leading manufacturing companies, and perhaps best exemplified by GE’s announcement that they will acquire two leading metal 3D printer companies (SLM and Arcam, #2 and #4 in global metal 3D printer hardware revenues) to create a new Additive Manufacturing Business.

No fewer than ten global brands offered metal PBF 3D printers to the market in the first quarter, led by EOS, Concept Laser and SLM Solutions – with more coming to market every period.

While metal 3D Printing is already focused on production, plastics has yet to turn this corner.  New powder-based solutions hope to change this. “HP is now entering the market with a new, laser-free plastics-based PBF printer and hopes this will help the 3D Printer market for plastics move from one focused on rapid prototyping to one more focused on short and mid-range production”, added Connery.

Likewise, rival Ricoh has also entered the 3D printer market on the plastics side with a different take on PBF.  With the rise of new plastic-based PBF solutions (typically using nylon) from HP, Ricoh and others, together with the continued growth in the metals space, CONTEXT is reporting that additive manufacturing machines based on powder are poised to grow at a 63 percent, five-year CAGR to a unit share of 26 percent by 2020.

“Throughout the forecast horizon, the additive manufacturing sector as a whole will continue to benefit from the wide variety of technologies existing in the space with no one technology able to act as a ‘silver bullet’ across all sectors”, Connery added.

“Advancements are expected across all major technologies, as most recently evidenced by market leader Stratasys and its enhancements to its material extrusion technology, and by relative newcomers like Carbon and its advancements in stereolithography,” he stated.

Star Rapid Has a New CEO