How IoT Can Help Manufacturers Save Energy 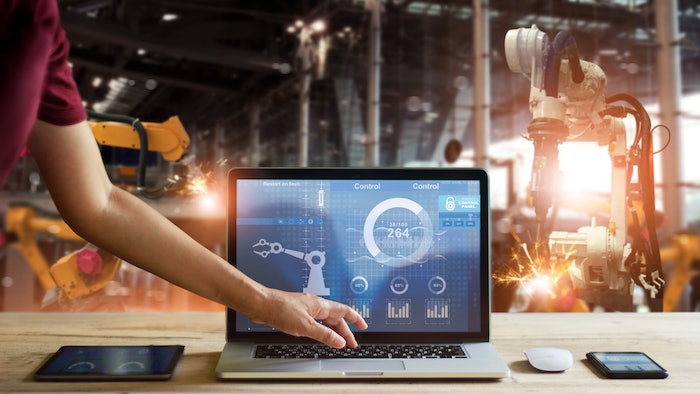 The Internet of Things has already touched various aspects of our personal and professional lives. You can see an increasing number of smart IoT-enabled appliances in homes, offices, and even public places. The IoT revolution has also made headways into the manufacturing sector, with industry experts viewing it as the a next-generation solution for helping factories cut energy costs.

The industrial sector consumes more than half (54 percent) of the world’s total delivered energy because most manufacturing and development processes are highly energy-intensive. However, IoT-based real-time monitoring systems are helping manufacturers optimize energy usage, reducing costs and pollution.

The Internet of Things is defined as a network of smart devices connected over the Internet. In a manufacturing plant, IoT usually comprises a network of connected sensors, timers, switches and valves, machines, conveyor systems, smartphones and tablets, and data management and analysis systems. These smart devices or machines can share tons of real-time data via the internet. When it comes to industrial energy consumption, you need to keep the following two costs in mind:

To save the costs of both these power components, you have to reduce the total load required by the machinery and make each process more energy-efficient.

How IoT Is Helping

IoT will not only lead to energy savings, but also have a positive impact on the production efficiency of a manufacturing plant. It will allow plant managers to identify the areas of energy loss and take appropriate action. As mentioned before, the primary advantage of IoT is the ability to collect real-time data from various sections of a manufacturing facility. Plus, it can also collect vast amounts of data compared to the conventional data collection systems.

In the pre-IoT era, plant managers often had to rely on samples of energy usage collected at intervals. But, this method had serious flaws like the lack of measurement skills, human error, and delayed reporting. For example, the motor load testing was a time-consuming and cumbersome process before IoT came into play.

With IoT, however, collecting real-time data using IoT-enabled sensors, smart load changing or adjustment devices, and other equipment has become a lot easier. You can also get real-time usage alerts and usage pattern insights to prepare a concrete optimization plan. Thus, you can easily recommend the proper motor sizing to increase energy as well as production efficiency. Similarly, IoT is also helping to improve HVAC (heating, ventilation, and air conditioning) systems in manufacturing plants. You can see the following IoT-enabled devices in action in most manufacturing plants.

IoT not only collects data, but also transforms it into actionable insights. Usually, the collected data is transferred to a central interface capable of sorting and filtering it into usable information. Plant managers and business owners can use this information to make better business decisions, not just energy consumption.

For example, the application of IoT extends to the improvement of backup systems. Most plants have power backups such as generators or inverters to be used in case of a power failure. Most of these backups use fossil fuels such as gas, petrol or diesel. Using IoT-enabled load switching devices and energy sensors can help you to start the backup only when needed. You can prevent over-exhaustion or under-utilization of your back resources, resulting in energy and monetary savings. You can also use the data collected from the plant to buy the backup hardware matching your needs.

Industry 4.0 and the Future

The ultimate goal of IoT-powered business models is to build Smart Factories. In the world of these factories, energy savings will be a byproduct. A Smart Factory will be the convergence of the digital and physical worlds where technologies such as Artificial Intelligence (AI), Robotics, Analytics, Big Data, and IoT will help build responsive, adaptive and connected manufacturing plants.

Although still in its infancy, Smart Factory is often touted as the best outcome of IoT and Industry 4.0. A true Smart Factory will be able to integrate data from different verticals, including manufacturing, maintenance, inventory tracking, energy consumption, market demand and human resources.

IoT has proved to be a game-changer in developing smart homes and buildings that can save considerable energy. Slowly but steadily, the manufacturing industry is also adopting this technology. With the help of a wide range of IoT-enabled devices and sensors, factories across the world are finding ways to save energy.

Is your company taking steps to lower energy costs and curb pollution? Tell us about how you are planning to use IoT and other technologies to achieve these goals in the comments section.

Vernon Glick is an experienced Digital Marketing Executive by profession currently associated with ALION - Electric Limited Company. He keeps exploring the web and loves to do in-depth research when things come to online marketing. He loves to hang out with family and friends and indulges in nature photography.