The collaborative robotics market sector is forecast to reach $8.5 billion by 2025.

It was recently announced that U.S-based Perception Robotics, Hungary’s OptoForce and Denmark’s On Robot will merge to form a larger, stronger version of OnRobot. The new company will be based out of Denmark and run under the management of investor and former CEO of Universal Robots, Enrico Krog Iversen. The three entities will continue their individual operations and product development.

According to the release announcing the merger, the company plans to continue growth through strategic acquisitions and technology innovation primarily focused on collaborative end-of-arm tooling, such as grippers and sensors. The collaborative robotics market sector is forecast to reach $8.5 billion by 2025.

In 2015, Iversen and the Danish Growth Fund sold Universal Robots to U.S.-based Teradyne for $285 million. Collaborative robots, which work alongside humans in applications such as packaging, quality testing, material handling, machine tending, assembly and welding, currently represent three percent of global robot sales, according to the International Federation of Robotics, but the share is expected to rise to 34 percent by 2025.

According to Iversen, “Their small footprint and ability to work safely alongside humans make them ideal for small and medium-sized manufacturers who need to compete globally. Cobots are also increasingly integrated into very large manufacturers such as automotive plants, where they are taking over processes that can’t be automated using traditional robotics.

“As the types of cobot applications expand, so does the need for new tooling that can be quickly and easily integrated into the cobot’s user interface. Combining the unique capabilities of these end-of-arm technologies under one umbrella company that is led by some of the smartest minds in the robotics industry will make them even easier to implement and program.”

The three companies that will form the new OnRobot were reportedly chosen because of their end-of-arm technologies and the long-term vision and capabilities of each company’s founder. 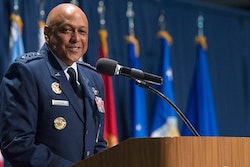 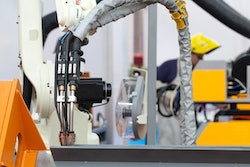 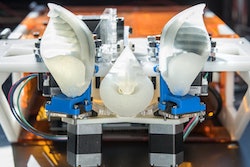