How IoT Became an Inside Job

Production processes have long leveraged IoT, but now manufacturers are finding new ways to expand its applications in realizing a quicker ROI.

There are a couple of things that seem universally agreeable when it comes to U.S. manufacturers’ attitudes regarding the Industrial Internet of Things.

And while it would be easy to call this group out as being slow to adopt or reticent to invest, the reality is that manufacturing embraced IoT technologies like RFID, M2M (machine-to-machine communications) and other connected enterprise platforms long before IoT became the buzz term of choice. The next step for many industrial IoT applications could reside outside of the production process.

Recently, The MPI Group released findings from their Internet of Things Study, which was sponsored by Rockwell Automation, QAD, and BDO. The study set out to:

Not surprisingly, 71 percent stated that IoT will have a significant impact (24%) or some impact (47%) on business over the next five years. Also not a surprise – more than one-third of manufacturers have no plans to develop an IoT strategy.

Beth Parkinson is the Director of Market Development for The Connected Enterprise at Rockwell Automation. Her specialty is working with manufacturers to develop strategies that ensure investments in IoT to deliver a commensurate return. This often entails going beyond production processes to simultaneously investigate embedding IoT technology into the products being manufactured.

“IoT adoption is important,” she warns, “because those who take a business-as-usual approach could be without a market five to 10 years down the road.”

Perhaps the group most loudly touting the reach and trajectory of industrial IoT are suppliers like Rockwell Automation, Cisco and others. So it was interesting to hear Parkinson’s perspective about the value proposition facing manufacturers when it comes to IoT investments.

“I think it’s still about some early adopters at this point. Executives see the potential, but now they need to start putting a strategy and budget to it,” she stated. “Manufacturers have to be innovating because you don’t know who the competition will be in the future. It’s about innovation and vision.

"In many cases, the technology exists but manufacturers need to understand how to leverage it for improved business value today and tomorrow.”

The familiarity of smart phones and tablets could help grow IoT implementation, and address some of the challenges indicated by survey respondents, including:

The Road to Profitability

One of the stats that stood out in MPI’s report is that roughly two-thirds of manufacturing executives believe that the application of IoT will help increase profitability. That cost savings is largely based on implementation strategies that impact finished products.

“Making products smart, making products internet-enabled and taking advantage of data that’s already present and available is how some manufacturers are building digital features into their products,” offers Parkinson.

“IoT is entering a phase with two operational levels – those trying to design intelligence into products, and those focused on how you manufacture with IoT. When working with connected products, the collaboration between the design, operations and maintenance teams becomes so much more important. The needs of the after-service market are even more critical to the product design.

“For example, in the past once a product was shipped you wouldn’t hear about any problems unless they were major. But by building monitoring intel into industrial robots or equipment, they can be tracked and problems identified before something bad happens. We can avoid and prevent downtime for the customer.

“This obviously impacts how you design and manufacture product. Smart manufacturing leveraging IoT can support building a cyber-physical system, where a cyber model is in sync with the physical operation, allowing machines talking to machines and people. You can’t do that unless you take down some of those silos between manufacturing and design and keep them connected.”

According to MPI’s survey, manufacturing executives feel that embedding this type of intelligence will:

Despite all this recognized and potential benefit, the survey also showed that nearly 75 percent of manufacturers have only invested two percent or less of sales revenue on embedding IoT technologies into products.

“Ideally, more manufacturers will shift their thinking and begin to leverage IoT into their offerings and their processes,” states Parkinson. 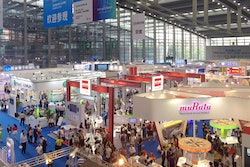 ELEXCON2018 for ‘The Intelligent Planet’ 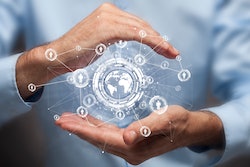