The company faces more than $1.2 million in penalties.

NOX US LLC is an Ohio-based vinyl tile manufacturer with a history of inaction when it comes to workplace injuries.

The company supplies luxury vinyl flooring and the plant in Fostoria, owned by South Korea-based NOX Corp, has about 200 employees.

On April 28, a worker, who was only on the job for six weeks, became entangled in a Laminator Line C-1 winder machine. The employee's finger became caught in a plastic winding machine's rotating spindle. The worker's entire body was pulled around the machine's spindle, causing multiple severe injuries that required surgery.

According to OSHA, the accident was the seventh injury at the NOX plant since February 2017 related to a failure to follow required machine safety procedures.

Over the past five years, the company has recorded at least 13 serious injuries at the plant caused by exposure to burn and amputation hazards.

Following an investigation into the most recent injury, OSHA proposed $1,232,705 in penalties.

In a statement, OSHA Regional Administrator Bill Donovan said the company's "continued failure to correct previously identified hazards has led to another worker suffering severe and potentially life-altering injuries." According to Donovan, when an employer fails to guard dangerous machines or ensure they are properly de-energized, it shows indifference to worker safety and multiplies the risk of serious injuries.

OSHA levied the willful violations because the company frequently exposed workers to caught-in and amputation hazards. According to the agency, NOX US failed to establish, test and require the use of machine lockout/tagout procedures or train workers on hazards. They also operated unguarded rollers and other equipment and exposed workers to trip and fall hazards from oil residue on floors and non-uniform stair risers. 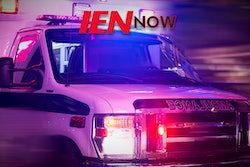