The program aims to begin replacing the Post Office’s crumbling, 30-year-old vehicle fleet beginning next year, but the Oshkosh effort has come under fire for everything from a relative lack of electrified mail trucks to the bidding process itself.

Now, a new report suggests that the new gas-powered trucks needed some strings to be pulled in order to be considered street-legal at all.

According to a report in Vice, an Environmental Protection Agency review of the process noted that the gas trucks would come in at a total vehicle weight of 8,501 pounds — a figure that combines the truck weight of 5,560 pounds with its estimated payload of 2,941 pounds.

If that seems like an oddly specific cargo weight to you, you’re not alone.

It turns out that 8,500 pounds is the dividing line separating what the federal government considers a light-duty truck and a heavy-duty truck. That means that had the truck’s payload been estimated at one pound less, it would have been subject to a host of regulations that don’t apply to heavier trucks.

Environmental advocates, predictably, don’t think it's a coincidence. In addition to the interesting payload figure, the new truck is also reportedly nearly twice the weight of the USPS’s current trucks.

One expert told Vice that the likely dimensions of the new trucks would mean, as light trucks, that they would need to get about 30 miles per gallon to meet federal fuel efficiency standards. Instead, they will get an estimated 15 with the air conditioning off; 8.6 with it on.

Heavy-duty trucks, by contrast, face much looser pollution standards and no regulatory path to electrification. Without that extra weight, officials said the agency would have faced a difficult, potentially impossible fuel efficiency threshold — and may have been forced to go with electric mail trucks from the outset.
Oshkosh and the USPS declined comment on the Vice story, but the Post Office has maintained all along that the gas versions could be retrofitted with electric systems at a later date. 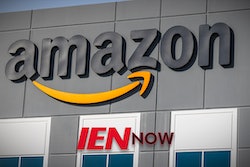 USPS Could be Bankrupt