Rivian Factory Evacuated Due to Fire

The fire reportedly began in a battery sub-module.

An Illinois electric vehicle assembly factory was briefly evacuated Tuesday evening after a small fire broke out in the plant.

The fire reportedly began in a battery sub-module. Firefighters quickly extinguished the blaze and cooled the battery cells.

The evacuation was short and precautionary, and minimal smoke was ventilated through the plant’s HVAC and exhaust system.

The Normal, Illinois, Fire Department said the building itself sustained no damage and the assembly process was not affected.

Rivian acquired the former Mitsubishi Motors plant in 2017; the EV startup is set to begin deliveries of its debut pickup soon.

The incident appears to be just the latest battery issue to impact electric vehicle makers in recent years. 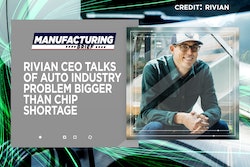 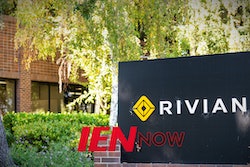