About 80% of the company’s emissions are a result of its supply chain.

Reuters reports the fast food company wants to lower its absolute emissions by 36% by 2030.

Collaborating with the Science Based Targets initiative (SBTi), this goal will be for McDonald’s suppliers and its 39,000 restaurants across the world.

As one of the largest purchasers of beef in the world, about 80% of the company’s emissions are a result of its supply chain, especially beef, chicken and dairy.

In a release, McDonald’s said it already reduced 8.5% of the absolute emissions of restaurants and offices since 2018.

Its supply chain emissions intensity saw a decrease of 5.9% since 2015.

McDonald’s joins over 1,000 companies that have announced similar undertakings through SBTi or the UN.

UN scientists say Earth’s net emissions must be reduced to zero by 2050 to prevent a global temperature rise of no greater than 1.5 degrees Celsius compared to pre-industrial levels. 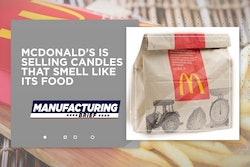 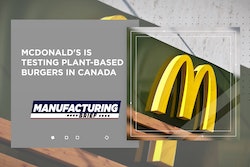