The community of Joliet, Illinois, recently received some good news.

Electric vehicle maker Lion Electric has announced it will build a $70 million plant in Joliet, creating 745 jobs initially and 1,400 within six years.

The site will build electric school buses and will be complete by 2022.

It was described by Illinois Gov. J.B. Pritzker as “the largest production site for zero-emissions vehicles in the United States.”

The state plans to spend $15 million “to train people for high-tech production lines covering electric vehicles and other products,” said the Chicago Sun-Times.

Lion is based in Quebec, and this is its first-ever factory in the U.S. 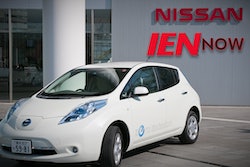