There’s no way of predicting which way the chips will fall.

For a guy who is now valued as the richest person in the world, you’ve got to give him some credit: Elon Musk works hard: a reported 120 hours a week, at one point.

But we all know that how hard one works doesn’t necessarily correlate to how much money winds up in their pocket and a recent article in the New Statesman calls into question the value of Tesla’s stock, which is the primary influencer in Musk’s cash stash.

Tesla’s market capitalization, or the value of its outstanding shares, is nearly $800 billion dollars, a sum that’s climbed astronomically in the past 18 months. For comparison, Tesla’s market cap in June of 2019 was less than $40 billion. And while Tesla has hit some big milestones in the past year, New Statesman calculated that, at its current delivery pace, it would take the electric carmaker 1,600 years to make as much money as the stock market has invested in it.

New Statesman says some of the blame for this crazy valuation falls on the pandemic. Bored and stuck at home, consumers are taking advantage of the democratization of investing in the stock market, and are turning their attention to trading apps. The site also points out that some of these major movements in price are “more likely to happen in times of national crisis.”

The report also suggests that Musk’s cult of personality bears stock fruit as consumers are drawn to the narrative of his career trajectory and, also, his Twitter feed.

But New Statesman says the future of Tesla’s share price is a gamble, and there’s no way of predicting which way the chips will fall. With President Biden professing more investment in alternative energy, electric vehicle makers should be in a good position. But the alternative scenario, says the report, could be that Tesla “exemplifies the madness before the crash” before adding that, at least, “Elon Musk is a more interesting person to occupy capitalism’s top spot than Jeff Bezos.” 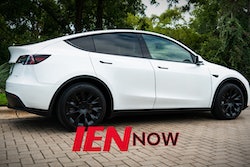 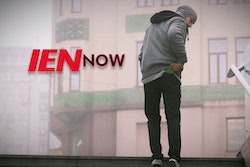 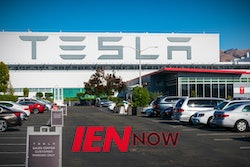