How a Coffee Tree Could Shake Up a $24B Industry

Being cheaper and potentially less addictive than prescription painkillers might not be enough for approval of a new drug.

On August 30, the Drug Enforcement Agency shocked a number of people by placing Kratom, which had previously held the status of herbal supplement, on Schedule I of the Controlled Substances Act. This is the same list with heroin, LSD and other drugs classified as harmful and carrying no medicinal benefit.

The move would have essentially banned Kratom in the U.S.

Users of Kratom, which is available in powder, plant, pill and gum form for about $5/ounce, report positive results as a painkiller and in helping treat addiction to drugs like heroin.

However, the most significant attribute of Kratom is that it provides these benefits without strong addictive tendencies. About 20,000 people die each year from prescription opioid overdoses.

Users report positive results from Kratom in helping treat everything from gout to fibromyalgia to heroin addiction.

Current research also shows that while users do experience a sort of high when using Kratom, it’s not as intense, nor does it slow breathing (which is how opioids actually kill people) because the substances in Kratom that interact with brain receptors have different molecular actions than their opioid cousins. So they kill the pain but are actually more of a stimulant than depressant.

In response to public and political pressure from both sides of the aisle, the DEA provided a public comment period that ended yesterday, December 1. Their final ruling could come before the end of the year.

So how does this drug made from a tree found throughout Southeast Asia, and is actually a member of the coffee family end up on the list of America’s most harmful drugs?

Well, the same active molecules that kill pain also bind to neural receptors in the same manner as heroin and morphine, so it could become addictive. And there have been side effects. Depending on your source, Kratom can lead to everything from nausea to psychosis.

According to the DEA, not enough is known to allow the estimated 12 million doses of Kratom that have made its way into the U.S. since 2014 to go unregulated. It seems to favor more research so purity and proper dosage levels can be ensured.

Because Kratom could be a much cheaper and highly competitive alternative to prescription opioids, skepticism persists about its’ future. Especially when you consider that the U.S. prescription opioid marketplace currently dominated by Big Pharma is valued at about $24 billion annually.

Workers Hanging in the Balance 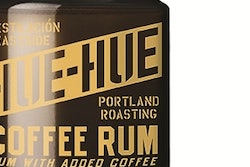